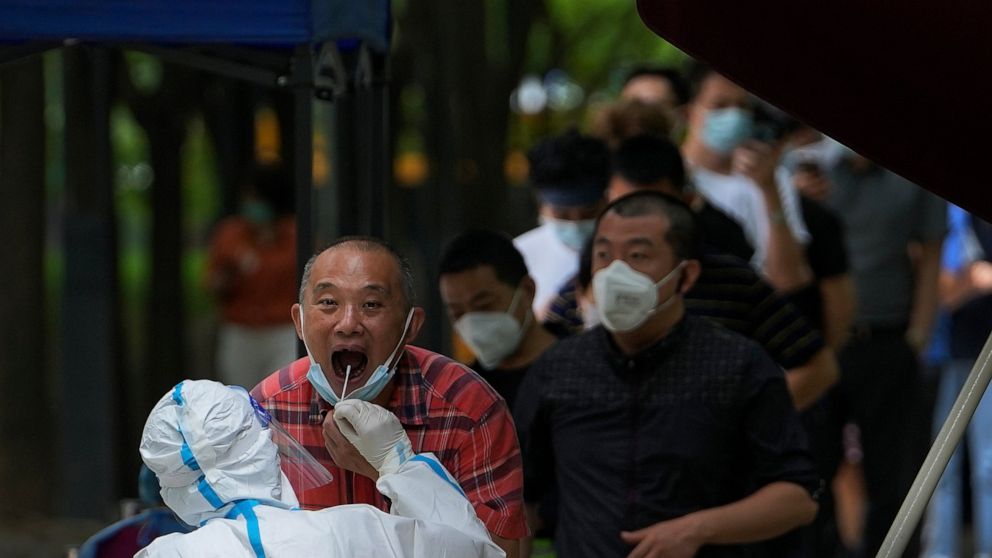 BEIJING — China on Tuesday announced an easing of its quarantine requirement for people arriving from abroad but stopped short of lifting what remains a stringent COVID-19 policy compared to most other countries.

Anyone coming from outside the country will be required to stay in a quarantine hotel for seven days, followed by three days of home observation, the National Health Commission said in its latest pandemic response plan.

The previous plan called for 14 days in a hotel plus seven days of home observation. Pilot programs launched in recent months have already reduced the requirement in seven cities, including Beijing.

China has kept tight restrictions on international travel under a “zero-COVID” strategy that seeks to keep the virus out and stop any infections from spreading through lockdowns and mass testing. Most other countries have opened their borders at least somewhat as vaccination has reduced the risk of serious cases and death.

Mi Feng, a spokesperson for the National Health Commission, described the new plan as not a relaxation of the country’s approach but an optimization to make it more scientific and precise.

Wang Liping, an infectious disease researcher for China’s Center for Disease Control, said the change reflects the relatively short 2- to 4-day incubation period for the omicron variant, which means most cases can be detected within a week.

Recent outbreaks in mainland China have largely eased. Just under 100 new cases were recorded on Monday, most among people who had arrived recently from overseas. None of the new cases were in Shanghai or Beijing.

The Shanghai Disney Resort announced that its Disneyland theme park will reopen on Thursday after a closure of more than three months because of the virus.

The number of visitors will be limited and a few attractions will remain closed, but most of the park will be open, Shanghai Disney said in a social media post. All guests will be required to show proof of a negative virus test taken within the previous 72 hours.

Shanghai Disneyland closed on March 21 ahead of a citywide lockdown that would paralyze what is China’s largest city and a major manufacturing, shipping and financial hub for two months.

Beijing’s Universal Studios theme park reopened last weekend after being closed for nearly two months because of an outbreak in the Chinese capital.

Denial of responsibility! Verve Times is an automatic aggregator of the all world’s media. In each content, the hyperlink to the primary source is specified. All trademarks belong to their rightful owners, all materials to their authors. If you are the owner of the content and do not want us to publish your materials, please contact us by email – [email protected]. The content will be deleted within 24 hours.
Accidents and disastersBusinecoronavirusCOVID-19 PandemicDisaster planning and responseDisease outbreaksDiseases and conditionsEpidemics
0
Share FacebookTwitterGoogle+ReddItWhatsAppPinterestEmail

nifty50: Tech View: Nifty50 in overbought zone, but there…