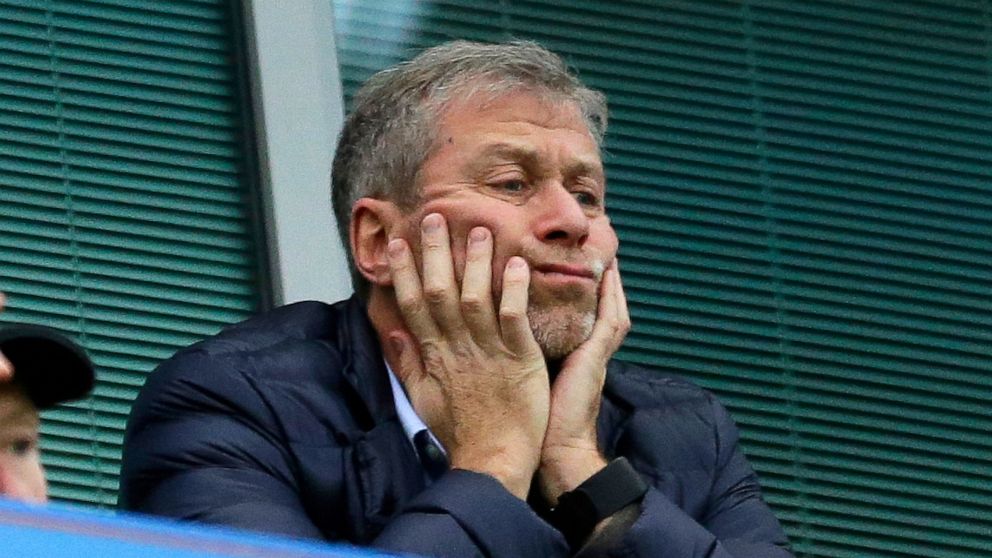 LONDON — Roman Abramovich’s attempt to shift the “stewardship and care” of Chelsea to the Premier League club’s foundation has sparked the trustees to report the move to the British body overseeing charities.

The unexpected announcement from the Chelsea owner, which lacked full clarity, was issued on Saturday following calls for him to be targeted by British sanctions regarding Russia’s invasion of Ukraine and to sell the club.

The Charity Commission, which regulates the Chelsea Foundation, has received a “serious incident report” from its trustees amid concerns about how Abramovich’s plan can be enacted.

The foundation’s chairman is Bruce Buck, who has also chaired Chelsea for most of the 19 years the Russian oligarch has owned the west London club. Beyond women’s team manager Emma Hayes and director of finance Paul Ramos, the trustees with more separation from the club are British Olympic Association chairman Hugh Robertson, lawyer John Devine and anti-discrimination leader Piara Powar, the executive director of the FARE network.

The Charity Commission is seeking further information from them about the running of the club and the foundation.

Abramovich has provided no indication that he is going to sell Chelsea, nor what exactly it means to be giving “stewardship and care” of the club to trustees who he said are “in the best position to look after the interests of the club, players, staff, and fans.”

The trustees have not publicly accepted Abramovich’s plan. Chelsea itself has also issued no comment, beyond remarks from manager Thomas Tuchel that indicated little difference to the running of the club led by director Marina Granovskaia, a long-standing associate of Abramovich, and technical director Petr Cech, the former goalkeeper.

“They’re in charge of football and it’s my understanding they will stay in charge,” Tuchel said on Sunday. “So it will not change a lot for me.”

British Prime Minister Boris Johnson was challenged on Tuesday during a visit to Poland about Abramovich.

“You are talking about more sanctions prime minister,” said Daria Kaleniuk, executive director of the Anti-Corruption Action Centre, a Ukrainian civil society organization, “but Roman Abramovich is not sanctioned, he’s in London, his children are not in the bombardments, his children are there in London.”

There was no specific response by Johnson.

Abramovich has yet to condemn Russian President Vladimir Putin for launching the invasion of Ukraine.

Denial of responsibility! Verve Times is an automatic aggregator of the all world’s media. In each content, the hyperlink to the primary source is specified. All trademarks belong to their rightful owners, all materials to their authors. If you are the owner of the content and do not want us to publish your materials, please contact us by email – [email protected]. The content will be deleted within 24 hours.
boris johnsonGeneral newsGovernment and politicsMen's soccerMen's sportsPetr CechPhilanthropic foundationsPhilanthropy
0
Share FacebookTwitterGoogle+ReddItWhatsAppPinterestEmail