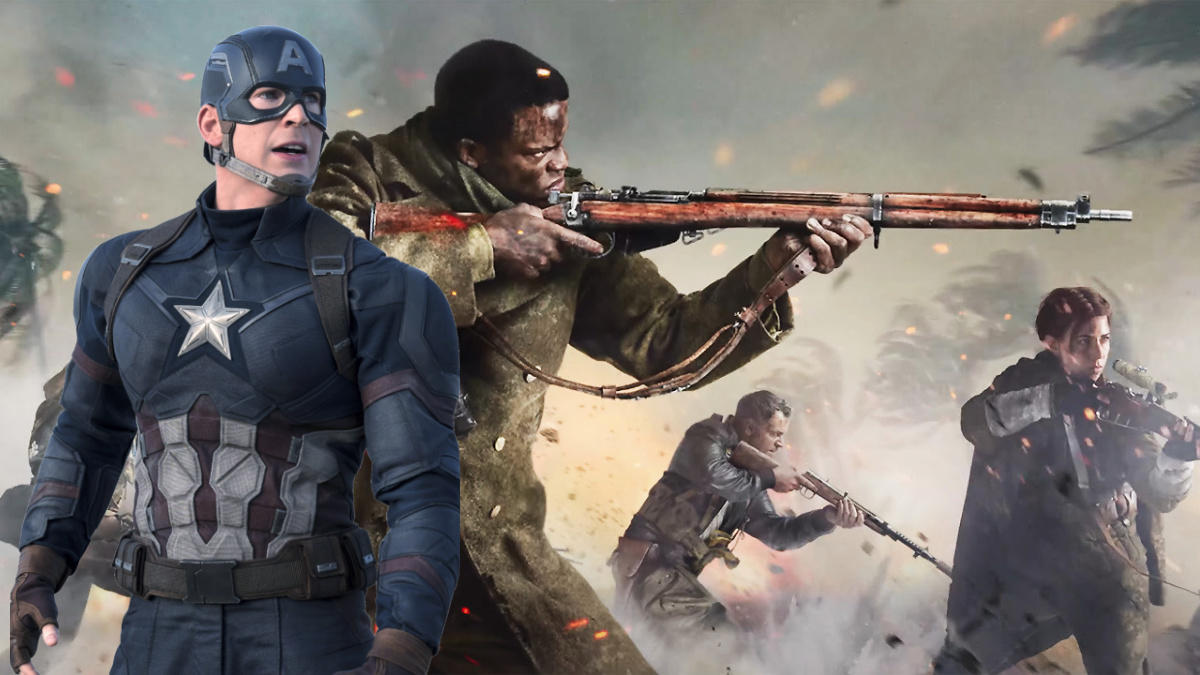 If a new Call of Duty: Vanguard datamine is to be believed, Captain Americaand Indiana Jones could be coming to the game in the near future! According to dataminers, the two characters will be added as part of an “American Heroes” theme coming to the game. The datamines have been shared by Call of Duty leaker @ModenasHD on Twitter. Insider Tom Henderson has also weighed-in, stating that Disney had been looking for partnership opportunities with Activision last summer. If that truly is the case, it seems like a lot of Call of Duty fans will be excited to see both of these characters arrive!

Both Captain America and Indiana Jones seem to be making their way to #Vanguard in the near future.

Disney had been in talks with Activision in the summer on potential partnership opportunities. pic.twitter.com/XI7juVSdfC

Of course, Captain America and Indiana Jones make perfect sense for Call of Duty: Vanguard! The two heroes are closely associated with World War II, which is when Vanguard is set. Call of Duty: Black Ops Cold War similarly saw heroes from the ’80s featured, including characters like John McClane and John Rambo. Those characters were very exciting additions, but it feels like Cap and Indy are much bigger deals. It’s not hard to imagine a lot of players jumping at the opportunity to play as Captain America in a video game set during World War II!

Until we get official confirmation from Activision and Sledgehammer Games, readers should take all of this with a grain of salt. Henderson has proven to be a very reliable source, but plans constantly change in the video game industry, and deals for licensed material can fall through. Hopefully, Activision and Disney will provide fans with an official confirmation about the American Heroes theme sometime in the near future. For now, fans will just have to wait and see!

Call of Duty: Vanguard is available now on PlayStation 4, PlayStation 5, Xbox One, Xbox Series X|S, and PC. You can check out all of our previous coverage of the game right here.

Would you like to see Captain America and Indiana Jones appear in Call of Duty: Vanguard? Would you jump at the chance to purchase the two characters? Let us know in the comments or share your thoughts directly on Twitter at @Marcdachamp to talk all things gaming!

Denial of responsibility! Verve Times is an automatic aggregator of the all world’s media. In each content, the hyperlink to the primary source is specified. All trademarks belong to their rightful owners, all materials to their authors. If you are the owner of the content and do not want us to publish your materials, please contact us by email – [email protected]. The content will be deleted within 24 hours.
call of duty vanguardCaptain AmericadataminesIndiana JonesleaksPCPlayStationRumors
0
Share FacebookTwitterGoogle+ReddItWhatsAppPinterestEmail

Uttar Pradesh government to set up over 5,000 healthcare centres in rural areas