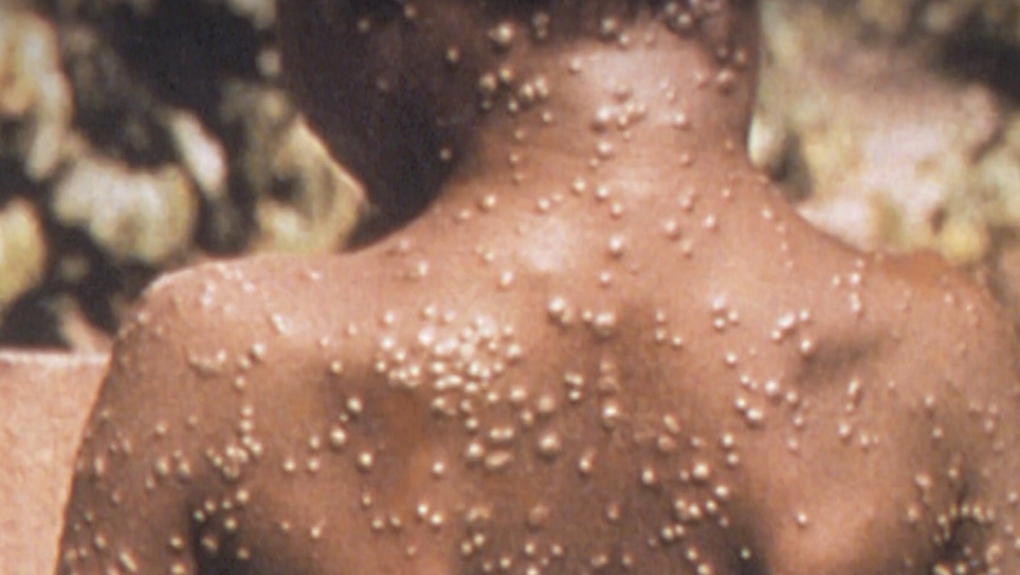 Quebec’s health ministry announced Thursday evening there are two confirmed cases of monkeypox in the province, while 20 other suspected cases are still under investigation.

The two positive cases in Quebec are the first confirmed cases in Canada, as other countries around the world have identified other confirmed and suspected cases of the rare disease in recent weeks.

“Epidemiological investigations are continuing to determine the links between the reported cases and to identify potentially at-risk contacts and inform them of protective measures,” Quebec’s Ministry of Health and Social Services said in a statement late Thursday.

Although the province is advising people to be vigilant, the disease is transmissible through “prolonged and close contact with an infectious person,” meaning it is less contagious than other viruses, like the flu or COVID-19.

Earlier in the day, Montreal Public Health said it’s asking health workers to be alert for monkeypox after seeing 17 suspected cases in the area over the last week.

Public health chief Dr. Mylene Drouin said at a morning news conference that the illness is not extremely contagious and is the milder of two strains.

The virus is transmitted by respiratory droplets and it’s not a sexually transmitted disease, she said, even though so far, all suspected cases in the Montreal area were among men who had sexual relations with other men.

Monkeypox is not a disease that health officials believe will enter a phase of general community transmission, she said — it’s not infectious enough for that.

“It’s not something you can acquire when do you do your grocery store [shopping] or on public transportation,” she said.

(1/5) This evening, Quebec was notified that two samples tested positive for monkeypox. These are the first two confirmed cases in Canada. https://t.co/CXKHV49XVo

So far in Montreal, “mainly those [17] cases are men that have had sexual relationships with other men, aged between 30 to 55 years old,” Drouin said.

“And the clinical presentation is mainly ulceration of oral and genital parts that are painful, and with a phase before the eruption with fever, sweating and headaches.”

The public health chief added that “most of our cases are not severe cases.”

Those symptoms tally with known descriptions of monkeypox, a rare illness that can present as fever, headache and fatigue.

After a few days, patients usually develop a rash that often starts on the face before spreading to other parts of the body. Most patients recover in a matter of weeks, although it can be potentially fatal in some cases.

A distinguishing feature of monkeypox, compared to smallpox, is it causes the lymph nodes to swell, according to the CDC.

As of Thursday afternoon, Montreal didn’t yet have lab confirmation the 17 cases were, in fact, monkeypox, but after learning of other outbreaks in Europe and a case in the U.S. with travel linked to Montreal, public health “changed the course” of their investigation, Drouin said.

The first case was reported in Montreal on May 12, she said, and that first infected person’s symptoms began in late April.

There are now at least 15 suspected cases in the city, one on the North Shore and one on the South Shore. Some of them are, in turn, linked to travel with other countries, including one person in Boston who visited Canada, as well as people who have travelled to Mexico and Belgium.

Drouin said all known local patients are in isolation and have been asked to cover their skin lesions with bandages.

The illness can be passed along by anyone in close contact with others, such as a family member, especially when they have exposure to the skin lesions or things they have touched.

What’s considered a “significant contact” are “those in the same household and sexual partners,” Drouin explained.

In the 17 local cases, all the significant contacts of the infected people are not being asked to stay in isolation, but they have been asked to monitor themselves carefully for 21 days and report any symptoms.

Local doctors have also been asked to stay vigilant for suspected cases.

There’s no treatment available in Canada, said Drouin — people must just wait and heal from the skin ulcers. However, she said federal authorities are looking at their options.

“It is painful, but mainly the forms that we have right now are unsevere forms of the illness,” she said.

In the United States, she said, there are some monkeypox treatments that have been approved for sale.

“So this is something that, at the federal level, they are going to look at rapidly,” she said.

As to whether a vaccine will be offered, that’s a decision that will also be made at the provincial and federal levels. The first step is to know if a vaccine is available, Drouin said.

However, people who got the smallpox vaccine in childhood also may have a boost in fighting off monkeypox.

“There is a report of protection from having the smallpox vaccine,” said Montreal’s infectious diseases chief officer, Dr. Geneviève Bergeron.

Montreal authorities haven’t yet looked into all the evidence around that and also don’t yet know how many local people have gotten the smallpox vaccine, she said.

While that vaccine was widespread in earlier decades, it hasn’t been in use in North America since smallpox was eradicated, meaning that only people roughly in their 50s and above are likely to have had it. In Canada, infants only got routine smallpox vaccination until 1972.

LISTEN ON CJAD 800 RADIO: Do you need to worry about monkeypox?

Montreal’s outbreak is part of a series of outbreaks in different countries.

On Wednesday, the Massachusetts public health department in the U.S. said in a statement it had confirmed one case of the disease in an adult man “with recent travel to Canada.”

This comes after five cases were identified in Portugal, seven were confirmed in the U.K. and 23 were flagged in Spain.

Health officials are investigating whether the cases in North America are linked to the outbreaks in Europe.

Monkeypox is generally limited to Africa, with the few cases seen elsewhere in the world usually linked to travel to that region.

Monkeypox was first discovered in 1958 in colonies of monkeys that were kept for research.

The first human case was recorded in 1970 in the Democratic Republic of Congo, according to the CDC. There are two strains, one from Central Africa that’s more severe, and one from West Africa that’s less severe.

Montreal public health believes the strain circulating locally is the less severe one, which is also what U.K. and other European officials have said of their outbreaks.

— With files from The Canadian Press.

Some Jif Peanut Butter Products Recalled In US, Canada Due To Potential Salmonella Contamination