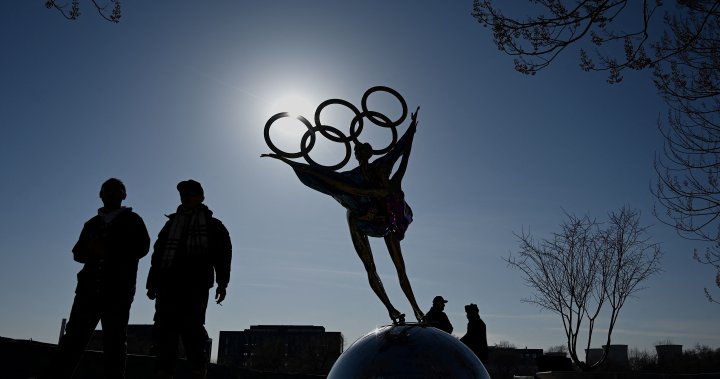 Canadian Olympian Angela Schneider remembers how she felt when she learned the Soviet Union and several Eastern Bloc nations were boycotting the 1984 Olympics.

“I cried that day because I thought … (in the) future, these Games are going to have an asterisk beside them,” said Schneider, who competed in those Games and won silver in coxed four rowing.

“No matter how well we do … it’s always going to be with the qualification that people will say, ‘But the Soviets weren’t there, the East Germans weren’t there.’”

Though rare, Olympic boycotts do happen. One surrounded the 1984 Los Angeles Games, which was largely seen as a retaliation by former Eastern Bloc countries from the 1980 Moscow Games boycott led by Western nations over the former Soviet Union’s invasion of Afghanistan.

Canada on Wednesday joined its allies — including the United States, Australia and New Zealand — in deciding to not send government officials to the upcoming Games over the country’s human rights abuses, particularly against the Uyghur ethnic minority. Other nations are also expected to bow out.

All-out boycotts are devastating for athletes who have spent years preparing to compete, Schneider said, but Canada’s decision to join the diplomatic boycott is a sign of “progress.”

“From an athlete’s perspective, it gives the choice back to the athletes,” said Schneider, who is also the director of the International Centre for Olympic Studies at Western University.

“The athletes can decide if they’re going to go or not, and I think that’s important because it’s a moral choice and when a decision is made for you, it’s no longer your moral choice.”

China has also been criticized by world leaders for its crushing of internal dissent and the arbitrary detentions of the two Michaels – who have since been released – in what was widely viewed as hostage-taking.

China has warned of countermeasures in response to the boycotts, saying the United States, which is leading the movement, would “pay the price” for its decision. It continues to deny all allegations of human rights abuses.

The last time Canada completely boycotted an Olympic Games was in 1980 in Moscow. No athletes were in attendance.

This time around, Foreign Affairs Minister Melanie Joly told reporters the question of whether or not to go to the Beijing Olympics needed to be dealt with “diplomatically.”

“Our athletes have worked extremely hard to get there. They have trained hours, they’ve traveled the world, they’ve competed, and it’s just normal for them to have the chance to really go ahead and compete in the Olympic Games,” said Joly.

“This is a situation that needs to be dealt with diplomatically, and that’s exactly what we’re doing.”

Olympian Bruce Kidd, who represented Canada in athletics at the 1964 Tokyo Olympics, told Global News he supports the diplomatic boycotts.

“It’s an intriguing idea to navigate between the rock — our horror at the human rights abuses in China and what to do about it — and the hard place of not going to the Olympics,” said Kidd, who is also professor emeritus of sport and public policy at the University of Toronto.

“We have to find a way … to both express our concern and to lobby against abuses and at the same time continue international sport, which I think overall is a blessing for humankind.”

Kidd said most of the athletes he’s spoken with want to compete in Beijing, but they’re aware of the controversies surrounding China.

“Canadian athletes have their eyes fully open to this, and it is the moral dilemma that you pose; most of them are saying, ‘Let’s go, we’ve been planning and training for this for a very long time,’” he said.

A Canadian Olympic Committee (COC) official told Global News that participation in an Olympics is a personal choice, and no athlete is obliged to compete based on any agreements with the COC or International Olympic Committee.

1:15
China’s ambassador to Canada says Olympics ‘should not be politicized’ after U.S. announces diplomatic boycott

China’s ambassador to Canada says Olympics ‘should not be politicized’ after U.S. announces diplomatic boycott

Kidd added for those athletes who do go, he hopes that if they decide to speak out against China, that their rights to free speech are protected.

The safety of Canada’s top athletes is also top of mind for the federal government.

Joly said the Royal Canadian Mounted Police will work with the Canadian Olympic Committee to protect athletes. She said the preparation will focus on also making sure on-site consular support is available.

Pascale St-Onge, the minister for sport, said additional staff has been hired to help with that work.

“Everything will be in place to make sure the athletes are safe,” St-Onge said.

In Schneider’s view, many athletes only have one shot at competing in an Olympics, so avoiding an all-out boycott is best.

“Boycotts from an athletes’ perspective are never a good thing, but the diplomatic boycott is a different thing and I don’t think it’s going to have the same impact on athletes’ potential participation and the reason for the Games,” she said.

“The primary purpose of the Olympic Games is coming together in peace to take ourselves to a higher level of human excellence, and challenge each other, respect each other, respect differences and celebrate sameness too … so that’s what I would say the focus should be for these athletes.”

— with files from Amanda Connolly and Reuters

Denial of responsibility! Verve Times is an automatic aggregator of the all world’s media. In each content, the hyperlink to the primary source is specified. All trademarks belong to their rightful owners, all materials to their authors. If you are the owner of the content and do not want us to publish your materials, please contact us by email – [email protected]. The content will be deleted within 24 hours.
Beijing OlympicsBeijing Winter OlympicsBeijing Winter Olympics diplomatic boycottCanadaCanada boycottCanada Chinacanada diplomatic boycottCanada Olympics
0
Share FacebookTwitterGoogle+ReddItWhatsAppPinterestEmail

15 Secrets About The Holiday Revealed

Retailer is working to understand proposal from activists

Judy Finnigan shares how common painkiller use for…