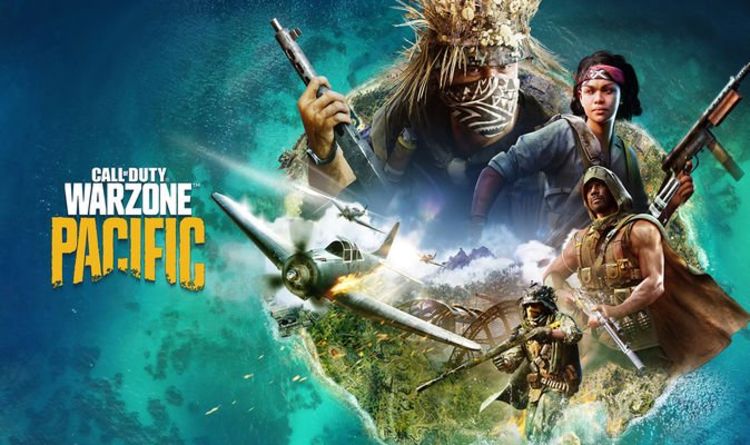 The countdown is on for the full release of Call of Duty Warzone’s new Pacific Caldera map.

The new Warzone map is currently available in early access for owners of Call of Duty Vanguard.

Fortunately, however, the early access period only lasts for 24-hours, which means it’s about to make its full debut.

If you want to jump in and enjoy the new Call of Duty Warzone Caldera map, then you’ll be pleased to hear that it has a December 9 release date and 5pm GMT launch time.

If you already have Warzone downloaded on your device, then you’ll simply need to download an update.

Anybody without the Warzone app can download it from the PlayStation Network, Xbox Store or Battle.Net for PC.

The new and improved Warzone map is far brighter and more colourful than its predecessor.

It features a whole host of interesting drop spots, including the Clear Water Lagoon, Beachhead and Docks.

Other points of interest include the Phosphate Mines, the River Village and the Agricultural Centre.

The River Village is one of the more picturesque locations, featuring paddy fields, bamboo huts and more.

“Despite the remains of a cargo ship and recent gun emplacements tactically positioned on foothills west of the Peak, a small village’s bamboo huts, footbridges, paddy fields, and craggy slopes remain untouched and are ready to be explored.

“Farther south and east is the main tarmac thoroughfare that circumnavigates the entire Caldera.

“Either side of it is wilderness, interspersed by light industrial compounds, more modern structures from the 1930s, and suburban dwellings cut into the hillside with anti-aircraft emplacements there to deal with traffic from the adjacent Airfield.”

On the flipside, the Caldera Capital City is a much more built-up area, which should be good for looting.

“Set into a huge natural basin along the southern shores of the island, Caldera’s main city offers a variety of historical structures to take control of, including the Royal Theater, main Capitol Building, and art deco structures like the Fire Station and Police Station set on either side of a working tramway system.

“Along the western edge of the capital, a hillside suburbia and lighthouse offer space and height compared to the bustling downtown on Main Street, while coastal developments south of the city offer a luxurious beachfront yacht club and bar where a squad could be prematurely celebrating their Battle Royale victory.”

Inflation has caused more than a third of adults to tap…

42 Best Floral Dresses for Women That Are Utterly Lovely

Brad Pitt ‘Pushes’ To See Kids Though Things Are ‘Hostile’…