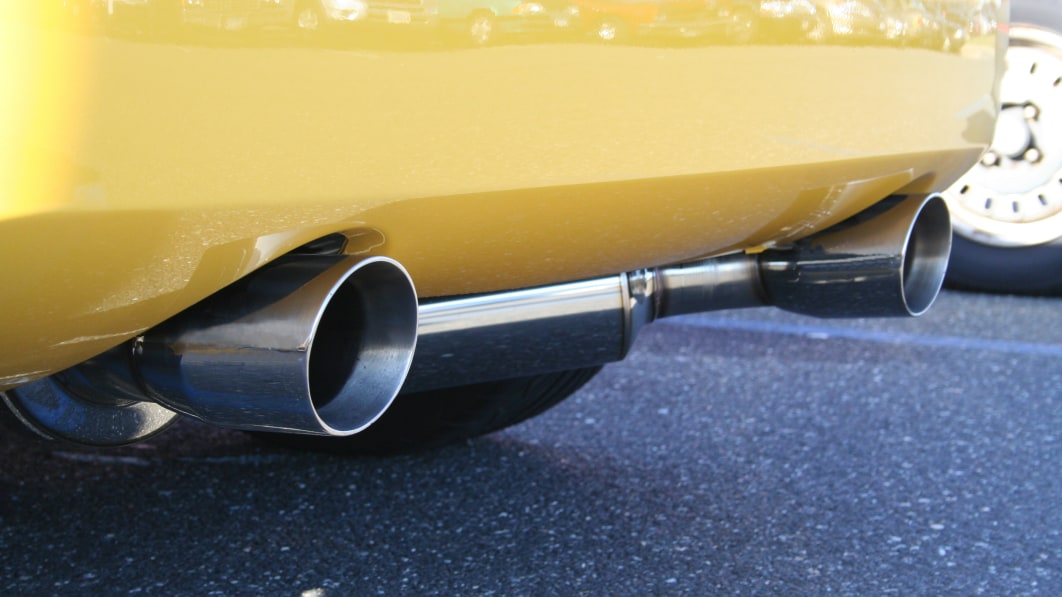 California could get sound-sensing cameras to measure exhaust noise

A couple of months ago, New York’s participation in a sound-sensing-camera program hit the news. The cameras had been put up to measure vehicles exceeding the legal decibel limit in the state, which is a maximum of 82 dB for cars and 86 dB for motorcycles. When the cameras detect non-compliance, they take a picture of the offending vehicle and issue a fine. At the time, we’d read that Knoxville, Tennessee would trial a similar program using the same Intelligent Instruments cameras being used in New York. Autoweek reports California could be next in line for such a pilot program, if state Senate bill SB 1079 is signed by the governor in its current form.

The Senate bill picks up where a 2018 Assembly Bill left off. Enacted into law at the beginning of 2019, the bill didn’t change the legal limits for exhaust noise, but revised the enforcement. Depending on the year the vehicle was built and how much it weighs, those levels max out at 95 dB for cars under 6,000 pounds, 80 dB for motorcycles built after 1985. Instead of offering what’s called a “fix-it ticket,” which gives the offending party a chance to rectify the situation within a set period of time and avoid a fine, the law created a fine schedule applicable on the first infraction. No more swapping mufflers and getting sign-off at the local station.

SB 1079 would not only call for the camera program, it would again revise enforcement. Using sensing equipment would likely help all parties involved, even the enthusiasts upset about the entire situation. Although the current law specifies measurements are to be taken according to Society of Automotive Engineers standard J1169, police are allowed to “exercise their judgement.” The bill language nominates six California cities for the program, without pinpointing those cities. The locales chosen would be responsible for placing the cameras with “sound-activated enforcement” on roads of their choosing, as well as signage to warn drivers about the impending measurement zone. Fines would go into a fund that pays for traffic-calming measures such as speed bumps and bike lanes.

The Senate bill reverts to what is effectively a fix-it ticket for the initial violation, the miscreants getting off with a warning the first time. While cities would come up with their own fee schedule within certain limits, the bill charges them with developing payment plans, deferment plans, and hardship waivers to assist those who are ticketed.

SB 1079 remains in the California Senate for now, having recently been ordered for a third reading. If it passes out of the Senate and the Assembly and is signed into law by Governor Newsome, the law will take effect on January 1, 2023.

Who is Manik Saha, dentist who replaced Biplab Deb as Tripura Chief Minister?

DNA testing: What if the results are distressing?