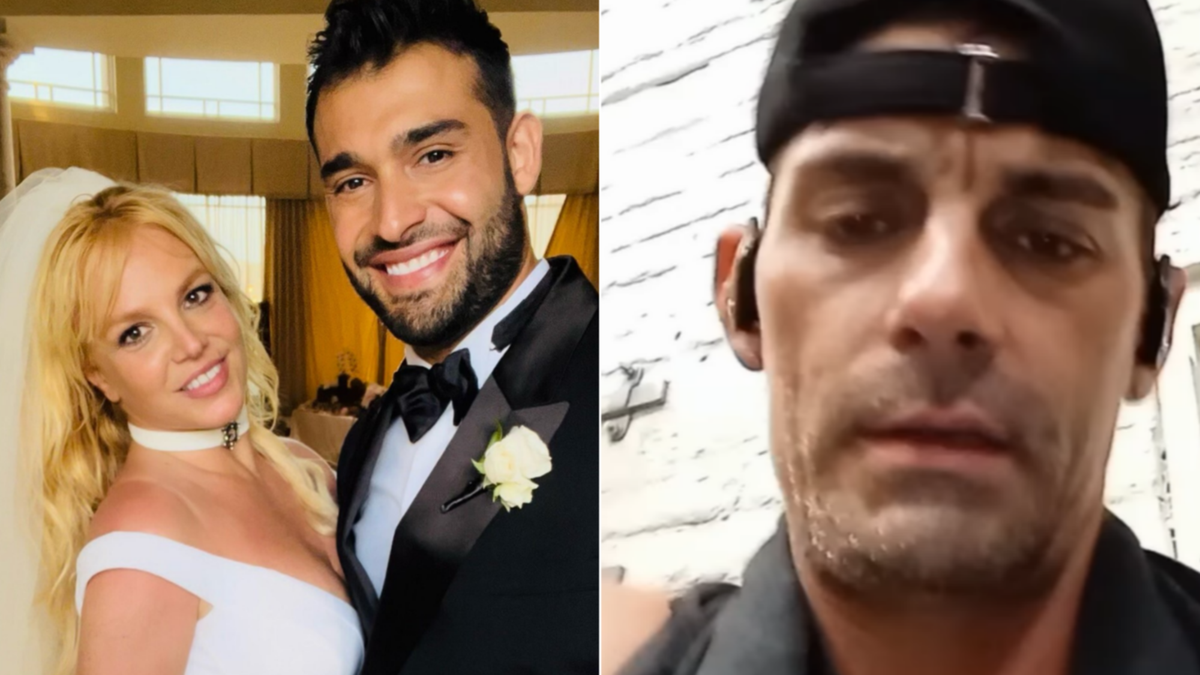 Jason Alexander – the man who was married to Britney Spears for less than three days back in 2004 – will face trial after showing up uninvited at the pop star’s wedding to Sam Asghari.

A California judge found there was enough evidence for him to face trial on a felony stalking charge.

WATCH THE VIDEO ABOVE: Britney shares a glimpse of her wedding to Sam Asghari

After a two-hour preliminary hearing on Monday, Ventura County Judge David Worley ruled that 40-year-old Jason Allen Alexander should be held to answer on the charge, along with misdemeanour counts of trespassing, vandalism and battery, court records showed.

Not guilty pleas to all the charges were entered by an attorney for Alexander, who did not attend and remains jailed.

Spears married Asghari, her longtime boyfriend, at her home in Thousand Oaks, California, on June 9, in front of several dozen guests including Selena Gomez, Drew Barrymore, Paris Hilton and Madonna.

Alexander, a childhood friend of Spears to whom she was married for less than three days in 2004, appeared uninvited at the house before the ceremony, livestreaming his “raid” on Instagram.

Richard Eubler, a security guard for Spears who has since been fired, testified at Monday’s hearing that Alexander got inside her house and up to the locked door of Spears’ bedroom while she was inside, according to multiple media reports.

Eubler said Alexander had also tried to enter the property in the days before the wedding.

Alexander’s attorney, Sandra Bisignani, argued there was no evidence he had any intention of harming Spears.

Spears, 40, and Asghari, 28, obtained an emergency protective order in court against Alexander the day after the wedding, Spears’ lawyer Matthew Rosengart said.

Spears was married to Alexander for a total of 55 hours before their marriage was annulled.

Spears met Asghari in 2016 on the set of the video for her song Slumber Party.

Their wedding came nine months after they got engaged, and nearly seven months after Spears won her freedom from a court conservatorship that controlled her life and affairs for more than 12 years.

Denial of responsibility! Verve Times is an automatic aggregator of the all world’s media. In each content, the hyperlink to the primary source is specified. All trademarks belong to their rightful owners, all materials to their authors. If you are the owner of the content and do not want us to publish your materials, please contact us by email – [email protected]. The content will be deleted within 24 hours.
britney spearsCelebrityEntertainment
0
Share FacebookTwitterGoogle+ReddItWhatsAppPinterestEmail