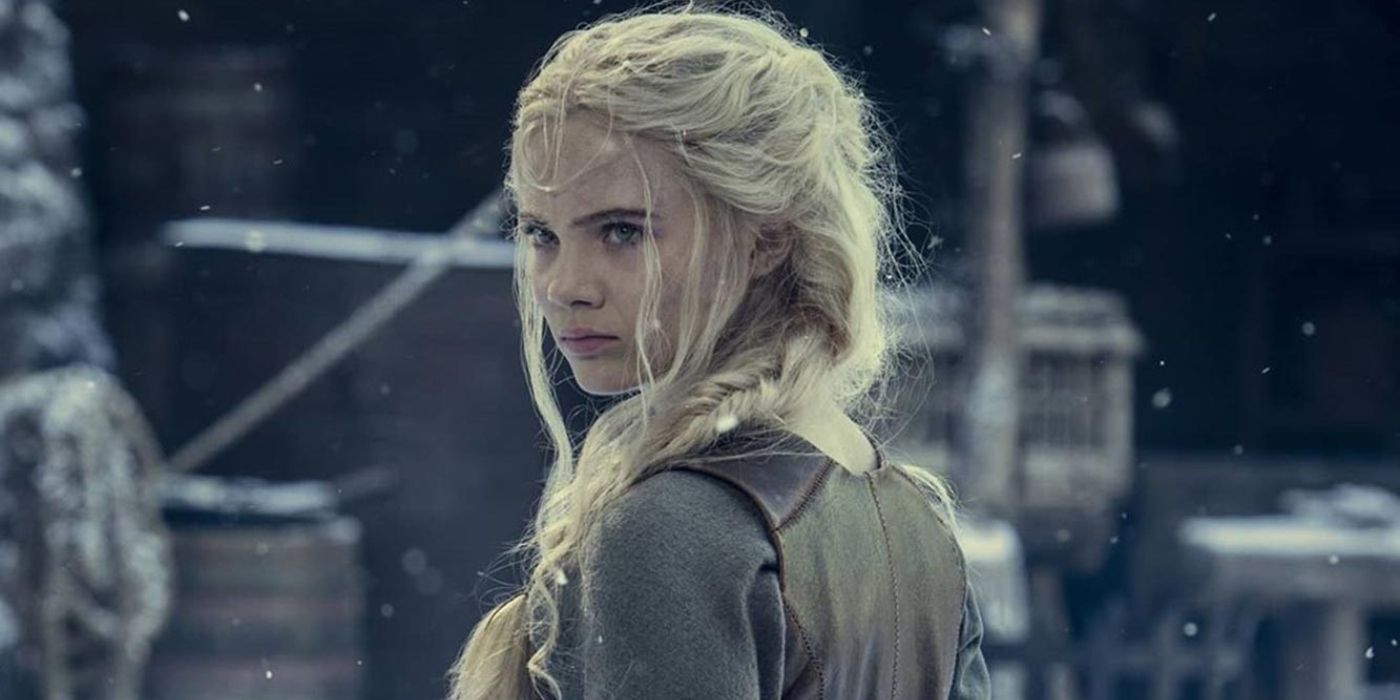 Netflix’s Geeked Week event presents fans of The Witcher with a brief teaser for Season 2 of the hit-fantasy series, teasing Ciri’s upcoming journey.

Several months after filming wrapped on Season 2 of Netflix’s The Witcher, fans have finally gotten a look at what they can expect to see in an especially brief teaser clip.

The 10 second clip flashes images of Ciri wandering through halls full of witcher artifacts, training in the forest and the snow, likely around the School of the Wolf’s mountain fortress of Kaer Morhen. Through the use of Elder Speech text and a series of both whispers and images, the clip also appears to tease Ciri’s encounter with the legacy of Lara Dorren, whose power was glimpsed in Season 1 of the show.

The clip also teases a the new armor that Nilfgaardian soldiers will bear in the upcoming season, which fans may have already gotten a look at through photos that leaked from the set of The Witcher earlier this year. The images showcased the work of costume designer Lucinda Wright, who took over from Tim Aslam for Season 2.

Eager audiences can look forward to further announcements about the show and more on July 9, when Netflix and CD Projekt Red will come together to host the first ever WitcherCon– a celebration of all things Witcher. In the event’s official announcement, the streaming giant teased major news and more for the franchise.

Alongside Season 2 of the series, fans also await news regarding Netflix’s other related projects, such as the feature-length anime tie-in film The Witcher: Nightmare of the Wolf, which will explore the past of Geralt of Rivia’s mentor Vesemir; and The Witcher: Blood Origin, a prequel series exploring the history of the Continent after the cataclysmic event known as the Conjunction of the Spheres. While details are scarce for both, certain characters intended for Blood Origin have been revealed through casting calls and audition tapes circulating the Internet.

Read the full synopsis for The Witcher Season 2 below:

Convinced Yennefer’s life was lost at the Battle of Sodden, Geralt of Rivia brings Princess Cirilla to the safest place he knows, his childhood home of Kaer Morhen. While the Continent’s kings, elves, humans and demons strive for supremacy outside its walls, he must protect the girl from something far more dangerous: the mysterious power she possesses inside.

The Witcher stars Henry Cavill as Geralt of Rivia, Anya Chalotra as Yennefer of Vengerberg, Freya Allan as Ciri and Joey Batey as Jaskier. Season 1 is now available on Netflix.

Narayan Liu (/Nəraɪʌn Lɪʊ/ in IPA) is a contributing features and news writer, and junior editor at CBR. From Hong Kong, currently based in Sweden. Nowadays Narayan writes about films, TV shows, comic books and video games, or about anything related to The Witcher. He does this while studying language, culture, and communication at Linnaeus University. You can follow him on his blog (narayanliu.wordpress.com), on Twitter (@Narayan_Liu) or contact him directly at Narayan(dot)Liu(at)gmail.com.

Now Covid crisis mode is lifting, questions parked for a…