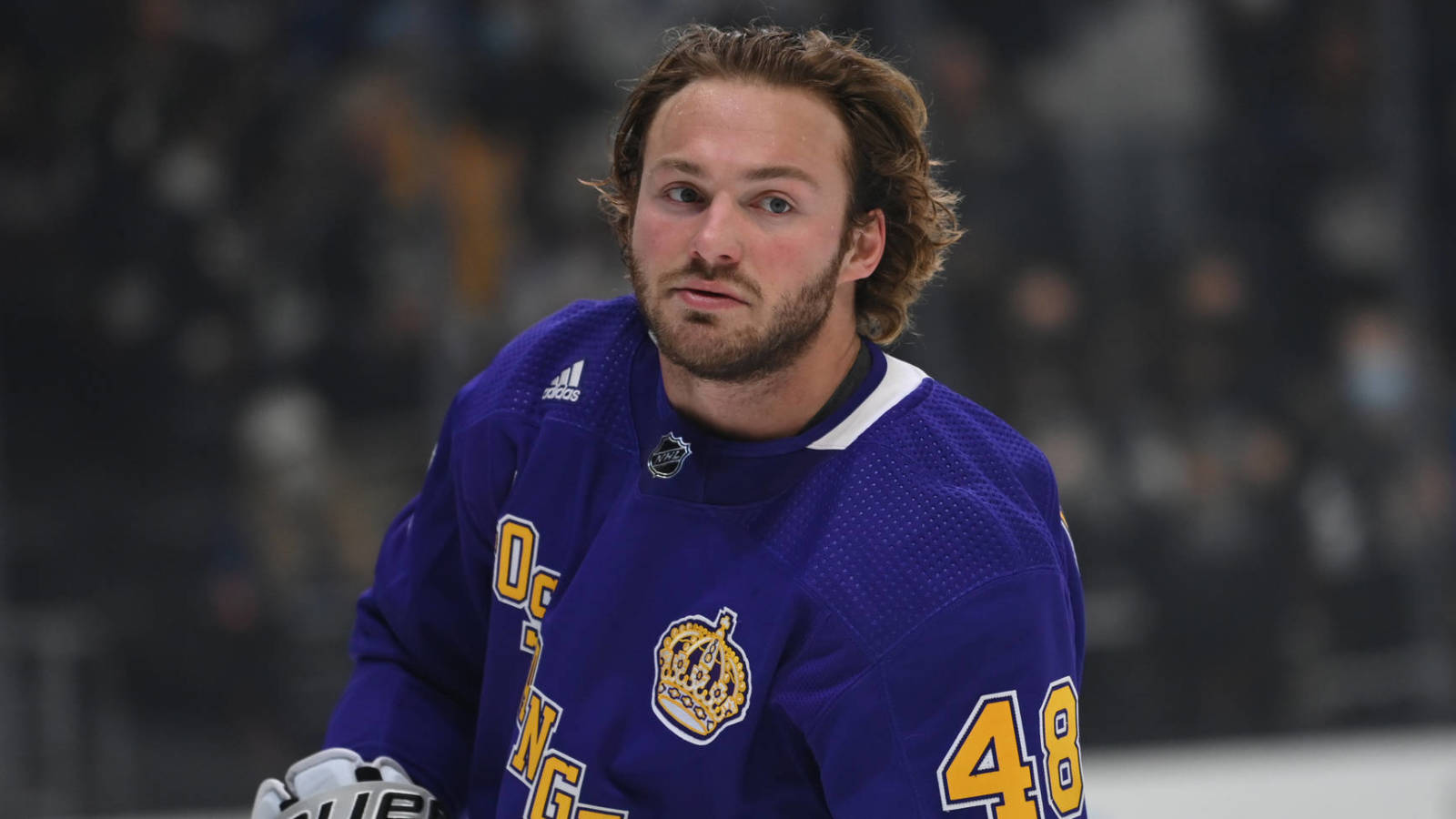 Los Angeles Kings forward Brendan Lemieux has been offered an in-person hearing (via Zoom) by the Department of Player Safety following the incident from Saturday night. After engaging Brady Tkachuk, Lemieux appeared to bite the Ottawa Senators captain and was given a match penalty, which brings an automatic review from the league. The in-person hearing, however, opens the door for the league to suspend Lemieux for more than five games.

Tkachuk did not mince words after the game when discussing his assailant with reporters including Bruce Garrioch of Postmedia:

“It was the most gutless thing somebody could ever do. This guy, you can ask anyone of his teammates, nobody ever wants to play with him. This guy is a bad guy and a bad teammate, he focuses on himself all the time. The guy’s a just a joke. He shouldn’t be in the league. This guy’s gutless. No other team wants him, he’s going to keep begging to be in the NHL but no other team is going to want him, he’s an absolute joke.

“It’s outrageous. Kids don’t even do that anymore. Babies do that. I don’t even know what he was thinking, he’s just a complete brick head. He’s got nothing up there. Bad guy, bad player but what a joke he is.”

The time and date of the hearing have not yet been set, meaning Lemieux is currently suspended. He does not need to accept the in-person offer, but declining it does not stop the league from issuing a suspension of more than five games.  There will be an appeal process available to Lemieux after the decision is made.

Vaccines will always be our best weapon against Covid –…

ibc: Need for an Insolvency Code tweak for the common man in…