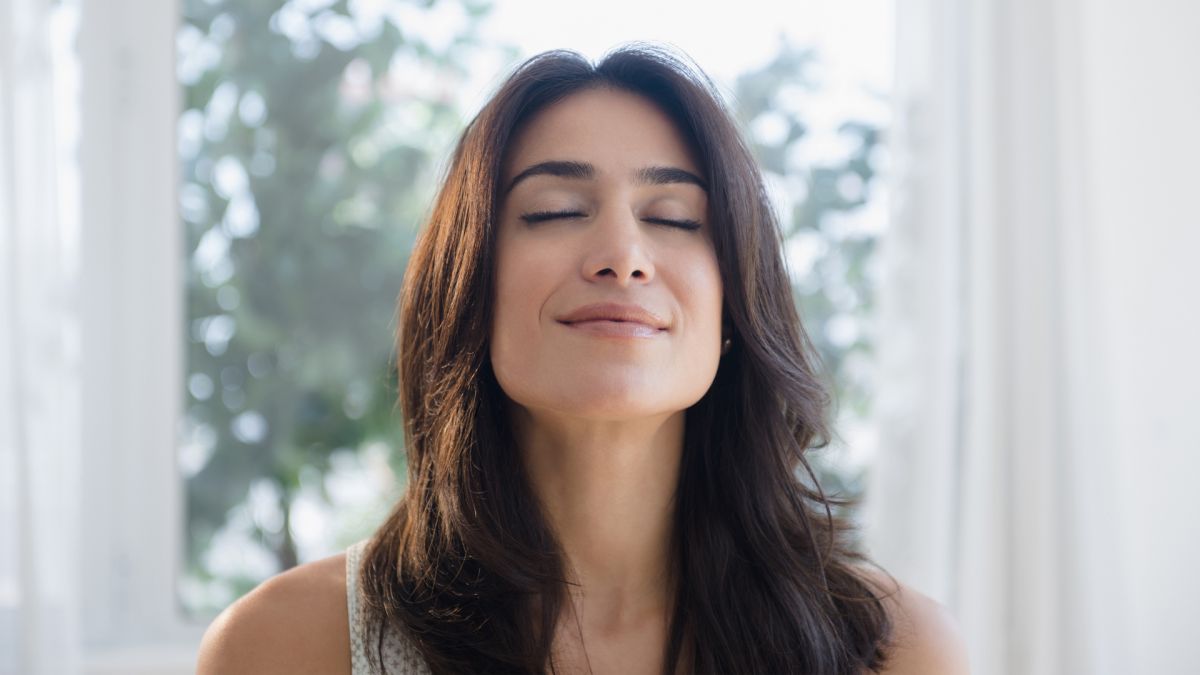 Breathing for relaxation: how to do it

Are you feeling under pressure? Has the global pandemic left you increasingly anxious? If so, breathing for relaxation can help. According to the American Psychological Society, more than three-quarters of Americans (78%) report that COVID-19 is a significant source of stress in their lives. The good news is, calming breathing practices used in ancient yoga and meditation traditions have been proven to ease tension and soothe the mind. Here yoga teacher, counselor, and holistic health practitioner, Eve Boggenpoel has taken a look at the science behind breathing for relaxation and shows how it activates the rest and digest branch of your nervous system to help you find a better balance in life. All you need is some time for yourself, a quiet place to practice in and a yoga mat.

If you’d like to learn more about the practice of yoga then check out our features on whether yoga is a religion and how to improve your flexibility.

What are the benefits of relaxation breathing?

Breathing for relaxation is nothing new. Originally used to prepare the body for meditation, yoga and mindfulness practitioners believed concentrating on the breath could calm the mind by giving the brain something to focus on. Now, these early theories have been confirmed by modern-day research at the Emory University School of Medicine, which confirms that slow deep breathing is helpful in the management of anxiety and depression. In fact, breathing for relaxation is so effective at calming the system it has a measurable physiological effect. A review of existing studies published in the American Journal of Cardiology found that even short-term slow breathing techniques can reduce your resting heart rate and lower blood pressure.

So what exactly is the relationship between your breath and state of mind? According to Kat Farrants, founder of Movement for Modern Life, when you’re feeling stressed, your breathing becomes faster and more shallow. This is because your brain has activated your sympathetic nervous system (SNS), one of three branches of your autonomic nervous system. Also known as the fight or flight response, the SNS instructs your body’s systems to protect you from perceived threats. Farrants explained that the reason your breathing rate increases is to allow your body to take in more oxygen. Your heart will also beat faster and contract more strongly in order to swiftly transport the newly oxygenated red blood cells to your larger muscles – all of which will allow you to better defend yourself or run away from danger.

Conscious slow breathing, on the other hand, activates the second branch of your autonomic nervous system, the PNS or parasympathetic nervous system, according to Farrant. The PNS is also known as the rest and digest mode. This system returns your body to its normal resting state after a threat has passed, slowing breathing and heart rate, and reducing blood flow to the muscles. Research as to the exact mechanisms for this is scarce, but one theory as to how slow breathing influences the PNS is that it stimulates the vagus nerve, according to the journal Frontiers in Human Neuroscience. The longest cranial nerve in your body, it carries around 75% of PNS nerve fibers, influences heart rate and respiration and, importantly, balances your nervous system.

How to do breathing for relaxation

Before working on the individual exercises below, learn how to control your breathing with a full yogic breath. Lying down, place your hands on your lower abdomen and, as you inhale, direct your breath to the area beneath your fingertips, letting your stomach gently rise as you inhale and fall as you exhale. After a few minutes, place your hands on the sides of your ribs and focus on expanding your rib cage towards your fingers as you inhale, feeling it sink back inwards as you exhale. Finally, place one hand on your upper chest over your breastbone and direct your breath into your chest only. Can you feel it rise slightly as you inhale? Once you’ve learnt to isolate your breath into these three phases, put them together in one full breath, expanding first your stomach, then your side ribs and finally your upper chest, releasing with a long slow exhale.

Normal breathing rates vary from around eight to 16 breaths a minute, according to MedlinePlus, but the benefits of slow breathing generally refer to less than 10 breaths a minute, with six breaths a minute being found particularly beneficial. Indeed, research published in the journal Hypertension found breathing at this rate reduced blood pressure and calmed the fight or flight response. To breathe around six times a minute, each breath cycle (one inhalation, one exhalation) will need to take around 10 seconds.

Another way to maximise the benefits of slow breathing is make your out-breath longer than your in-breath, as this significantly activates the parasympathetic branch of your nervous system, your rest and digest mode. Using the six-breaths-a-minute technique above, for example, try inhaling for a count of four and exhaling for a count of six.

If you’re feeling anxious, taking a pause after you exhale and before your next inhalation has been shown in the journal Psychophysiology to slow your heart rate and improve your heart-rate variability (a measurement of the variation in time between your heartbeats), a sign of relaxation. After you breathe out fully, rather than rushing to take your next in-breath, consciously relax your shoulders, chest and abdomen and take a short pause before you inhale again.

Counting the breath has been used for centuries in mindfulness traditions and now research in Frontiers in Psychology confirms it is associated with better mood and increased focus. To give it a try, gently close your eyes. Allow your breath to settle, then when you feel ready, begin to count, by silently repeating to yourself as you inhale ‘in, one’, then as you exhale, ‘out, one’. On your next breath, repeat ‘in, two’, ‘out, two’. Continue in this way until you reach 10, then start again at one.

For longer-term management of anxiety, this yogic breathing technique has been shown by researchers in the Frontiers in Psychiatry journal , to significantly reduce anxiety after four weeks by modulating the activity of your amygdala, a structure in the brain involved in emotional processing. Sit in a comfortable position with hands on your abdomen. Inhale. Quickly draw your navel inwards and upwards as you exhale forcefully through your nose, followed by a strong inhalation through the nose. Repeat the pattern up to eight times to complete one cycle, then gradually increase the speed over another three or four cycles until your inhalations and exhalations each last around a second each. As you become more familiar with bellows breath, increase each cycle to 15-30 breaths.

Capacity to be doubled at Royal Randwick to 10,000 people as COVID-19 restrictions ease