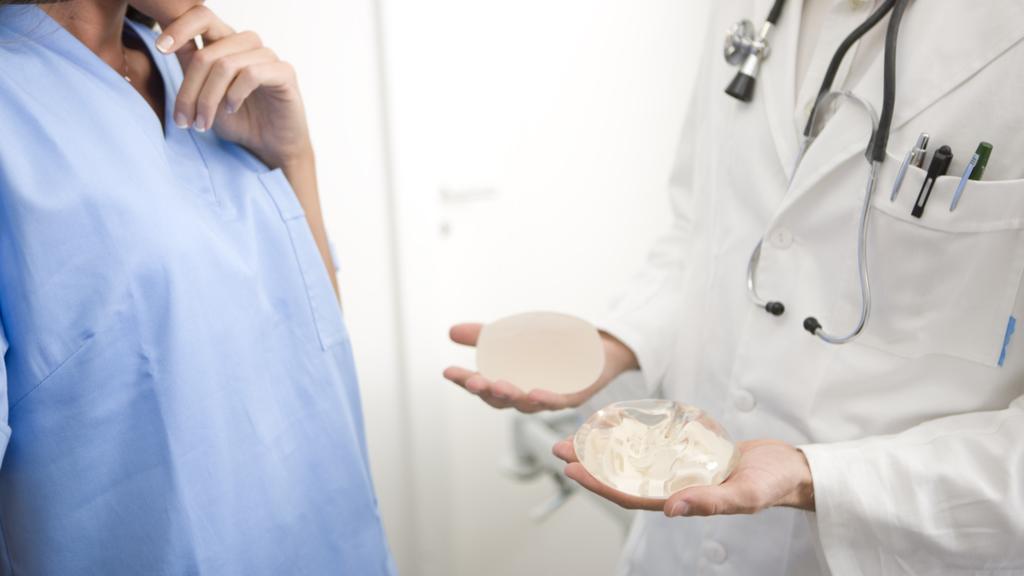 Breast implants associated with a rare form of cancer

A health warning has been issued after a number of people with breast implants developed a rare form of cancer.

Safe Care Victoria revealed the breast implants had been found to be associated with anaplastic large cell lymphoma. It’s believed tens of thousands of women have had the implants.

In a statement to the organisation’s website, it released important information for those with the implants, explaining the symptoms to look out for.

“At March 2021, the federal regulator, the Therapeutic Goods Administration(TGA), is aware of about 76 cases of BIA-ALCL in Australia.” Safe Care Victoria said.

“Please be vigilant for symptoms including a lump on your breast, unexplained swelling on one side or an accumulation of fluid around the implant.

“While the risk is low, these may be signs of a rare form of cancer called breast implant-associated anaplastic large cell lymphoma (BIA-ALCL).

“Please speak to your GP immediately if you notice a change, as this cancer is highly curable if diagnosed and treated early.”

They also noted that if a person did not have any symptoms, there was no reason to remove their implants.

The health body said the removal of implants, as well as being under anaesthesia, did come with a surgical risk.

“The level of risk depends on the type of implant you have. People who have highly textured implants seem to be at the greatest risk (between one in 2500 and one in 25,000)“ Better Health Victoria said.

“This risk significantly decreases with a decrease in texturing of the implant.”

Safe Care Victoria said the most common symptom is swelling of the breast which is caused by fluid around the person’s implant.

“The TGA states that when BIA-ALCL is detected early, most cases are cured by surgery alone,” the health body said.

“If there is a solid lump or the cancer has spread (or is more aggressive), chemotherapy, radiotherapy or additional surgery may be required.”

Denial of responsibility! Verve Times is an automatic aggregator of the all world’s media. In each content, the hyperlink to the primary source is specified. All trademarks belong to their rightful owners, all materials to their authors. If you are the owner of the content and do not want us to publish your materials, please contact us by email – [email protected]. The content will be deleted within 24 hours.
Health & WellbeingLifestyleNewsPublic health
0
Share FacebookTwitterGoogle+ReddItWhatsAppPinterestEmail