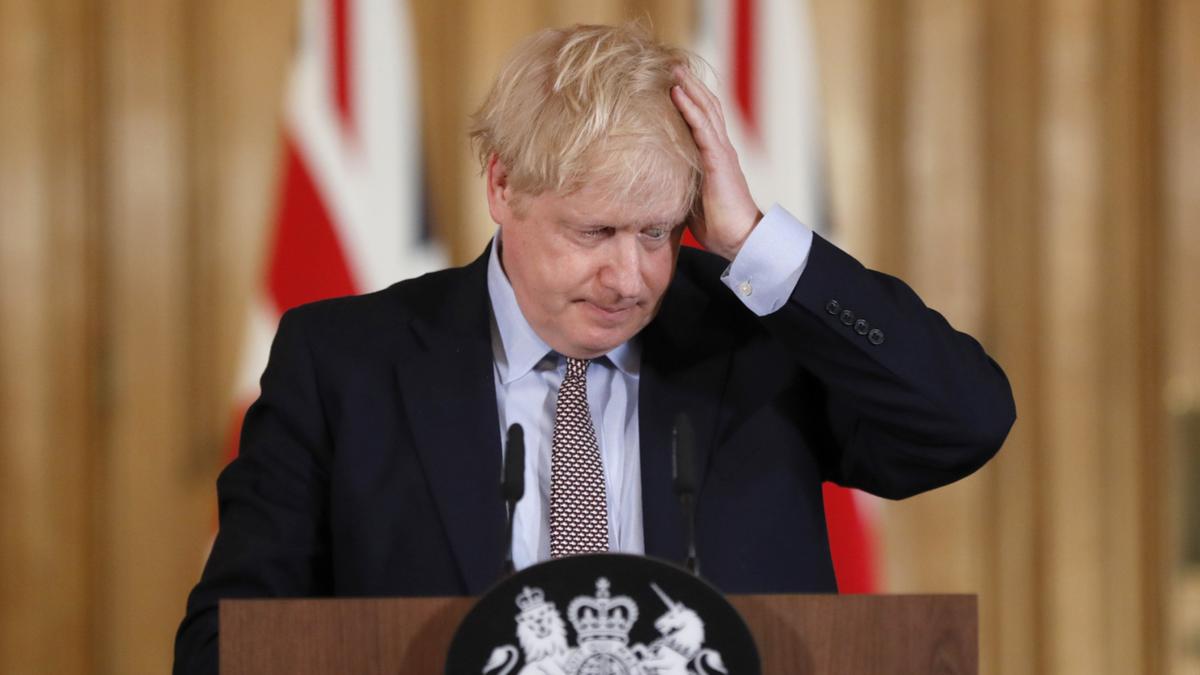 UK Prime Minister Boris Johnson is facing fresh allegations of breaking coronavirus rules after it emerged a gathering to wish him a happy birthday was held inside No 10 during the first lockdown.

Downing Street said staff only “gathered briefly” in the Cabinet Room after a meeting, after a report from the UK’s ITV News suggested up to 30 people attended what it described as a birthday party.

But the broadcaster suggested the prime minister’s wife, Carrie Johnson, had organised the surprise get-together on the afternoon of June 19, 2020, when indoor social mixing was banned.

The PA news agency was told that Lulu Lytle, the interior designer behind lavish renovations of his No 10 flat, briefly attended while undertaking work in Downing Street.

A No 10 spokeswoman said: “A group of staff working in No 10 that day gathered briefly in the Cabinet Room after a meeting to wish the prime minister a happy birthday. He was there for less than ten minutes.”

Downing Street said: “This is totally untrue. In line with the rules at the time, the prime minister hosted a small number of family members outside that evening.”

A spokeswoman for Soane Britain, the luxury designer co-founded by Lytle, said: “Lulu was present in Downing Street on June 19 working on the refurbishment.

“Lulu was not invited to any birthday celebrations for the prime minister as a guest.

“Lulu entered the Cabinet Room briefly as requested, while waiting to speak with the prime minister.”

Sir Keir Starmer said it was “yet more evidence that we have got a prime minister who believes that the rules that he made don’t apply to him”.

“The prime minister is a national distraction and he’s got to go,” the Labour leader added.

The latest allegation came as senior civil servant Sue Gray was working on her inquiry into a series of claims of rule-breaking parties in No 10.

With the prime minister facing calls to resign from some of his own Tory MPs, the fresh allegations will present a further challenge to his bid to hold on to power.

Gray’s inquiry, which could prove pivotal for Johnson’s political survival, is expected to be published this week.

It was not immediately clear whether the latest allegation will further delay its publication, or whether the official had already been aware of it.

ITV News said that picnic food was eaten during the afternoon gathering lasting for up to 30 minutes, while Johnson and Lytle presented the PM with a cake.

Denial of responsibility! Verve Times is an automatic aggregator of the all world’s media. In each content, the hyperlink to the primary source is specified. All trademarks belong to their rightful owners, all materials to their authors. If you are the owner of the content and do not want us to publish your materials, please contact us by email – [email protected]. The content will be deleted within 24 hours.
europeNewsPoliticsWorld News
0
Share FacebookTwitterGoogle+ReddItWhatsAppPinterestEmail