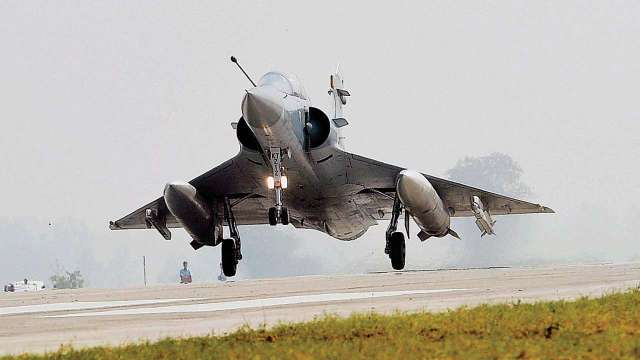 Amid tensions on the border, the Indian Air Force has received a boost to its fighter jet fleet as two-second hand Mirage 2000 fighter aircraft have arrived from France at its Gwalior airbase.

“The Indian Air Force has received two Mirage 2000 trainer version aircraft from France. The two aircraft were flying with their Air Force and arrived at the Gwalior airbase recently,” government sources told ANI.

The IAF had acquired around 51 Mirages in different batches and they form three squadrons which are all based in the Gwalior Air Force station.Sources said the Mirage upgrade deal between the French and Indian sides was for enhancing the capabilities of 51 aircraft and some of these kits are left due to crashes involving these planes.The same kits can be put on these two French Air Force planes and make them suitable for combat operations, the sources said.

The Indian Air Force has invested very smartly in finding the spares for the Mirages in form of phased out old French aircraft and this is going to help the Air Force maintain them till 2035, the sources said.

The Mirages have been in service from the 1980s and have been the mainstay of the force from the Kargil war to the 2019 Balakot airstrikes where they bombed a Jaish e Mohammed terrorist camp in Pakistan.

The Mirages also successfully took out Pakistan Army camps and bunkers on the Tiger Hilltop in the Kargil war and changed the face of the war by successfully hitting enemy camps at such high altitudes with pinpoint precision using laser-guided bombs.

Denial of responsibility! Verve Times is an automatic aggregator of the all world’s media. In each content, the hyperlink to the primary source is specified. All trademarks belong to their rightful owners, all materials to their authors. If you are the owner of the content and do not want us to publish your materials, please contact us by email – [email protected]. The content will be deleted within 24 hours.
IAFIAF Mirage 2000IAF newsIndian Air ForceMirage 2000Mirage 2000 IAF France
0
Share FacebookTwitterGoogle+ReddItWhatsAppPinterestEmail