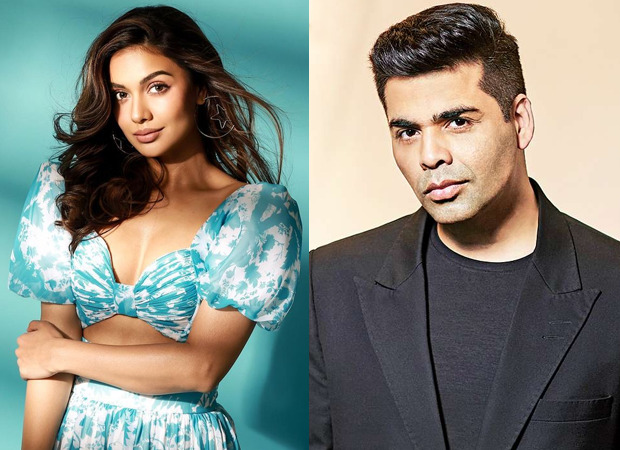 Bigg Boss OTT: Divya Agarwal justifies herself on Karan Johar’s allegations, says ‘Why won’t I shout when his statements are making me suffer here’ : Bollywood News

The bar of drama in Bigg Boss OTT is increasing day by day. Recently, Divya was seen having an emotional breakdown after Zeeshan’s exit and she was letting out her emotions about host Karan Johar.

During a conversation with Akshara Singh, Divya discussed about the ugly war of words she got involved with Karan in the latest Sunday Ka Vaar episode. Divya questioned his allegations and said that he doesn’t have any right to talk about her, if he doesn’t know her and she will not change herself because of his criticism.

Divya further added that she will speak up when something is said wrong about her and she will not care who is standing in front of her. She was quoted saying, “Karan Johar ne mere bare me boli h aisi baatein jiski wajah se mujhe yaha pe suffer karna pad raha h. Fr m kyu na chillaoon kyu na bolu, kaun kya bigad lega (Karan Johar has said such things about me for which I have to suffer here. Then why should I not shout and say, who will spoil what).”

She is not afraid if Karan gets her out of the show as she said, “I am an artist and I will continue to work, if not here then somewhere else.” She further said, “Tum maante ho ki tum Bollywood ke raja ho, to tumhare muh se nikla hua har shabd log sunte samajhte hain. Wo obviously tum jo bologe uspe bharosa karenge. To tum mere bare me aisa kaise bol sakte ho (You consider yourself as the king of Bollywood, so you know the impact that your statements. How can you put allegations and make huge statements about me).”

Divya clarified herself about Karan’s allegations on her during the weekend episode and said that if this time also he doesn’t understand her then he might once again lash out on her in the upcoming weekend.

Denial of responsibility! Verve Times is an automatic aggregator of the all world’s media. In each content, the hyperlink to the primary source is specified. All trademarks belong to their rightful owners, all materials to their authors. If you are the owner of the content and do not want us to publish your materials, please contact us by email – [email protected]. The content will be deleted within 24 hours.
allegationsBigg BossBigg Boss 15Bigg Boss OTTDivya AgarwalFeaturesITVKaran Johar
0
Share FacebookTwitterGoogle+ReddItWhatsAppPinterestEmail