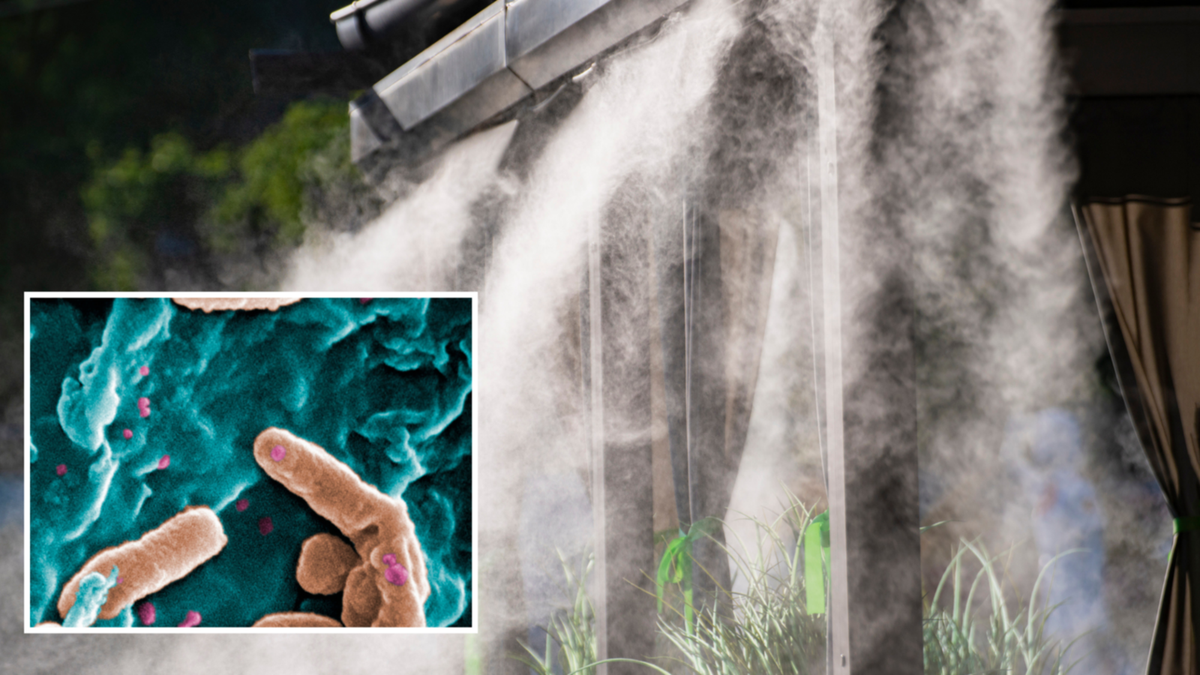 It’s a hot summer’s afternoon and you’re enjoying a cold one – and the refreshing water misting system – at your favourite beer garden.

Life couldn’t be any better, right?

Maybe, but new research by Edith Cowan University has revealed that there are likely to be some not-so-cool things lurking inside that mist.

According to a new study by the West Australian university, those lovely refreshing misting systems can actually be a bit of a breeding ground for nasty bacteria and potentially pose a public health risk.

The study assessed 10 different water misting systems in WA and found “opportunistic premise plumbing pathogens” could be inhaled by users and could even potentially spread diseases such as Legionnaires’.

“We picked up a pathogen called Pseudomonas aeruginosa in 60 per cent of our water mist samples.

“If you inhale it, it can cause major issues for people suffering from cystic fibrosis and can cause other serious respiratory illnesses.

“Also, we use chlorine to kill everything in water but this research detected a type of pathogen called Acanthamoeba, which is becoming resistant to chlorine.”

But a number of different factors can make those systems attractive for pathogens as well as beer-loving punters.

Those factors include their on-off use, meaning water can often lay stagnant for long periods of time, and the fact that the system pipework is usually located outside, therefore exposed to warmer, bacteria-attracting temperatures.

“They’re used in summer, then they’re turned off and water sits there in the pipes,” Dr Maska said.

“The correct thing would be to then scour them and flush them to sanitise them before they’re used again.

“But there are no guidelines in place.”

With misting systems relatively cheap and easy to install, they are becoming increasingly popular in pubs and venues with outdoor spaces.

“These types of systems are not only used for cooling: they’re used in supermarket produce areas, in waste recycling, dust control, and mining,” Dr Maska said.

“If you are walking through that, you need to ask: ‘Is it safe?”

The riskiest systems, the study found, were those connected to bores, which are not subject to formal water quality monitoring requirements.

“You can just go to Bunnings and then set it up in your house or restaurant or roadhouse and turn it on,” Dr Masaka said.

“There’s no regulation saying, ‘This must meet this standard, this needs to be inspected before you install them’.

“Our findings show these water misting systems must be included in any environmental health monitoring program to protect public health.

“To achieve this goal, existing legislation needs to be reviewed to provide a legal framework that facilitates this outcome.”

The study also pointed to a worrying lack of awareness or education on the potential health risks posed by water misting systems or the preventative measures required to mitigate the risk.

Of the misting system owners surveyed, 60 per cent said they were unaware of potential health risks.

Only 77 per cent of the environmental officers surveyed in the study said they were aware of the potential presence of pathogens in water misting systems.

Denial of responsibility! Verve Times is an automatic aggregator of the all world’s media. In each content, the hyperlink to the primary source is specified. All trademarks belong to their rightful owners, all materials to their authors. If you are the owner of the content and do not want us to publish your materials, please contact us by email – [email protected]. The content will be deleted within 24 hours.
drinkHealth & WellbeingLifestyleNewsPublic healthWA News
0
Share FacebookTwitterGoogle+ReddItWhatsAppPinterestEmail

Amber Heard was almost dumped from Aquaman 2 over chemistry…

Researchers develop algorithm to divvy up tasks for…