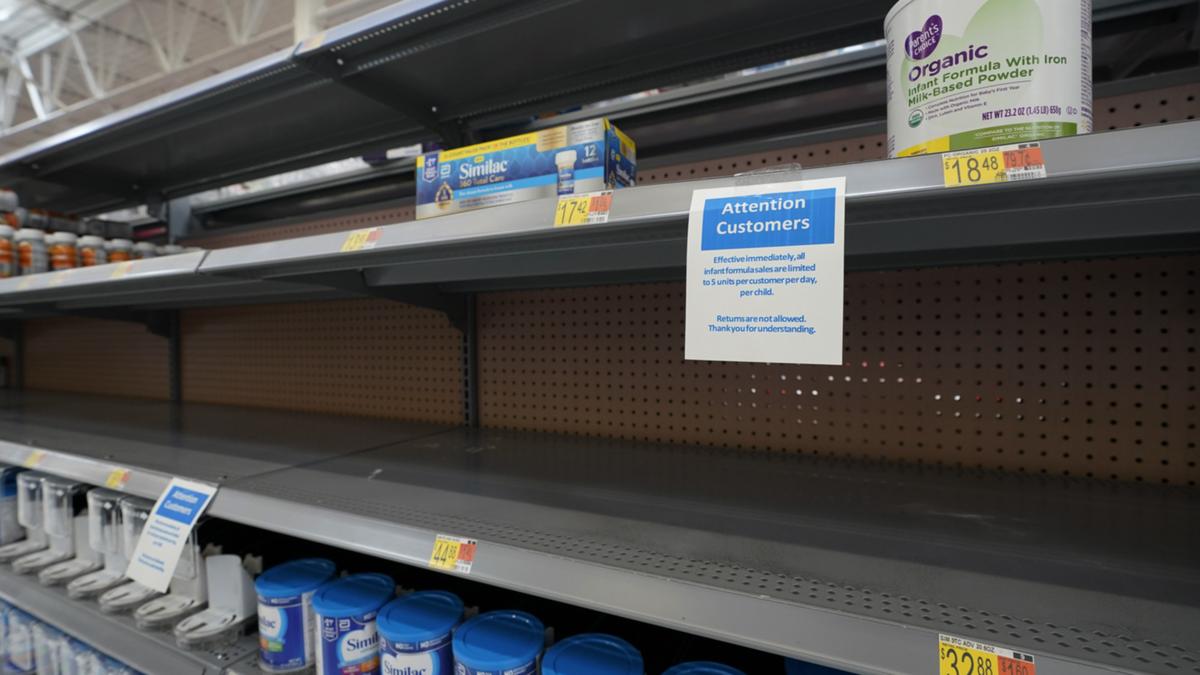 Baby formula: Australia sending at least 1.25 million tins to US amid shortage

An Australian company plans to ship at least 1.25 million cans of its baby formula to the United States to help ease a shortage.

The US Food and Drug Administration says Bubs Australia Ltd has agreed to send six of its products, which are sold in major Australian supermarkets including Coles and Woolworths.

Watch more on this story in the video above

Make huge savings at your favourite stores with 7NEWS Coupons >>

Some of the baby formula is currently in stock for transport and more will be produced by the Sydney-based company in the coming weeks and months, according to the FDA.

Bubs’ supply is another import allowed by the FDA as part of its regulatory flexibility started earlier this month in an attempt to mitigate one of the biggest baby formula shortages in recent history.

Australia has previously gone through its own baby formula issues, with major retailers introducing product limits at various stages through the previous decade.

There is no indication the current US shortage will impact Australia in a similar way.

The US shortage is partly due to Abbott Laboratories’ manufacturing plant in Michigan recalling some products including Similac in February.

Abbott said on Tuesday it plans to restart production at the facility on June 4, adding it would prioritise making EleCare and supplying it on or about June 20.

Baby formula from Europe and the UK is also being imported to the US.

“This is an important step, but it is by no means the only step that must take place,” US Agriculture Secretary Tom Vilsack said this week.

“We will continue to work as the president has instructed us to look for every opportunity to increase supply.

“Roughly 17,000 children in the country basically are the beneficiaries of this particular formula.”

Troops used forklifts to unload boxes of the cargo from the plane, which the White House said carried 35,000 kg of speciality infant formula – enough for 500,000 bottles – and onto trucks heading to distribution centres.

Abbott, the biggest US supplier of powder infant formula, closed its Michigan plant following reports of bacterial infections in four infants, worsening a shortage among multiple manufacturers that began with pandemic supply-chain issues.

“This emergency executive order will help us to crack down on any retailer looking to capitalise on this crisis by jacking up prices on this essential good,” he said in a statement.

Employers offering up to $5000 in cash bonuses for job seekers

Denial of responsibility! Verve Times is an automatic aggregator of the all world’s media. In each content, the hyperlink to the primary source is specified. All trademarks belong to their rightful owners, all materials to their authors. If you are the owner of the content and do not want us to publish your materials, please contact us by email – [email protected]. The content will be deleted within 24 hours.
BusinessConsumer ProtectionLifestyleNewsNorth AmericaRetailShoppingWorld News
0
Share FacebookTwitterGoogle+ReddItWhatsAppPinterestEmail

Uvalde students’ reported 911 calls should have prompted a ‘Charge of the Light Brigade’: Former FBI official