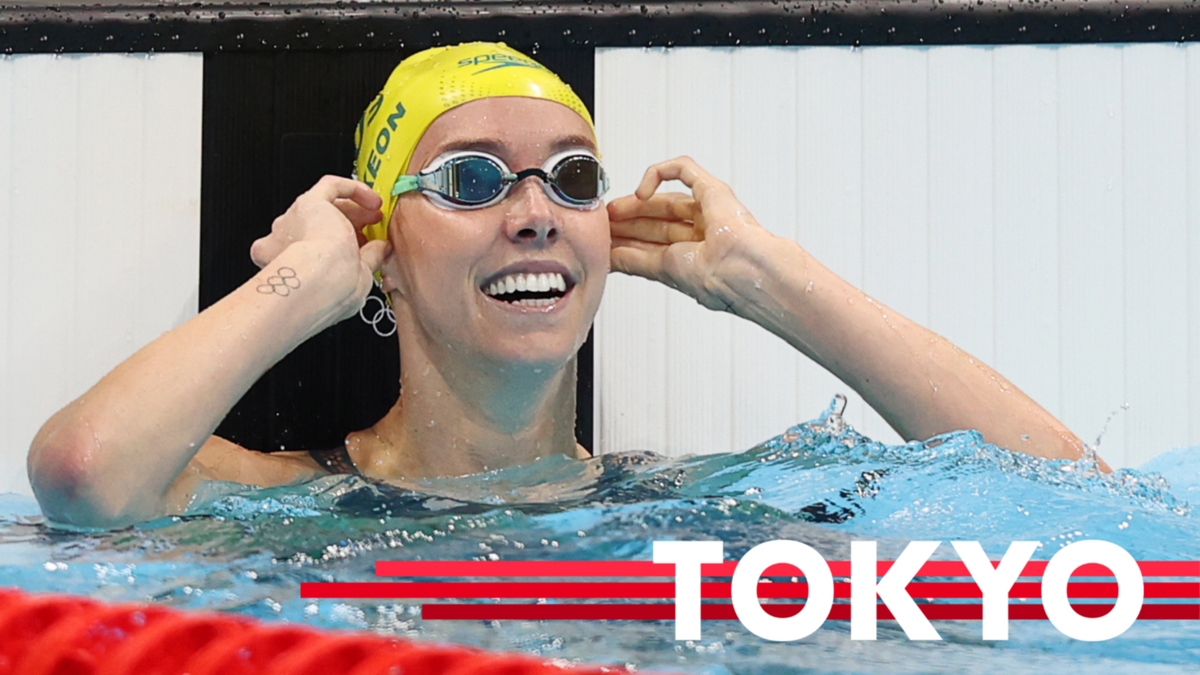 Australia has taken out bronze in the Olympics’ first ever mixed medley relay after Emma McKeon raced home in the freestyle leg.

In what was pure chaos as men and women battled across the four strokes, Great Britain won gold from China in silver.

WATCH THE WILDEST RACE OF TOKYO 2020 IN THE VIDEO ABOVE

American star Caeleb Dressel brought his team home to fifth, recovering from eighth but unable to haul in McKeon and Italy’s Federica Pellegrini.

She is also now just one away from the outright Australian record for most medals at a single Olympics.

“We knew it was going to be quick. I think on the timeline it was like a six-minute break, which sounds pretty quick, but we train for that and we do a lot more than that in training,” she told Channel 7.

“So I knew I could handle it and the fact that it’s a relay that gets you up anyway.

“A mixed relay, you don’t know where you’re sitting. I knew the girl on the other side of me from the Netherlands, she was going last in freestyle so I knew I could kind of go off her rather than focusing on Dressel.”

Earlier, Kaylee McKeown took her second individual gold of the Olympics when she won the 200m backstroke final.

The 20-year-old rushed past Canada’s Kylie Masse in the final 50m to secure the victory, with Australian Emily Seebohm securing bronze with her own stellar last leg.

Afterwards, Ariarne Titmus took silver in her third and final battle with Katie Ledecky in the 800m freestyle final.

Ledecky cruised to victory but was pushed to the end by Titmus, who won two out of their three individual meetings in Tokyo.

Denial of responsibility! Verve Times is an automatic aggregator of the all world’s media. In each content, the hyperlink to the primary source is specified. All trademarks belong to their rightful owners, all materials to their authors. If you are the owner of the content and do not want us to publish your materials, please contact us by email – [email protected]. The content will be deleted within 24 hours.
olympicssportSwimming
0
Share FacebookTwitterGoogle+ReddItWhatsAppPinterestEmail

Coronavirus UK update: Latest symptoms include blisters on the feet

Lamar Jackson happy to get ‘monkey off back’ after inspiring Baltimore…

‘I don’t think we’ll survive the winter’: a small energy…