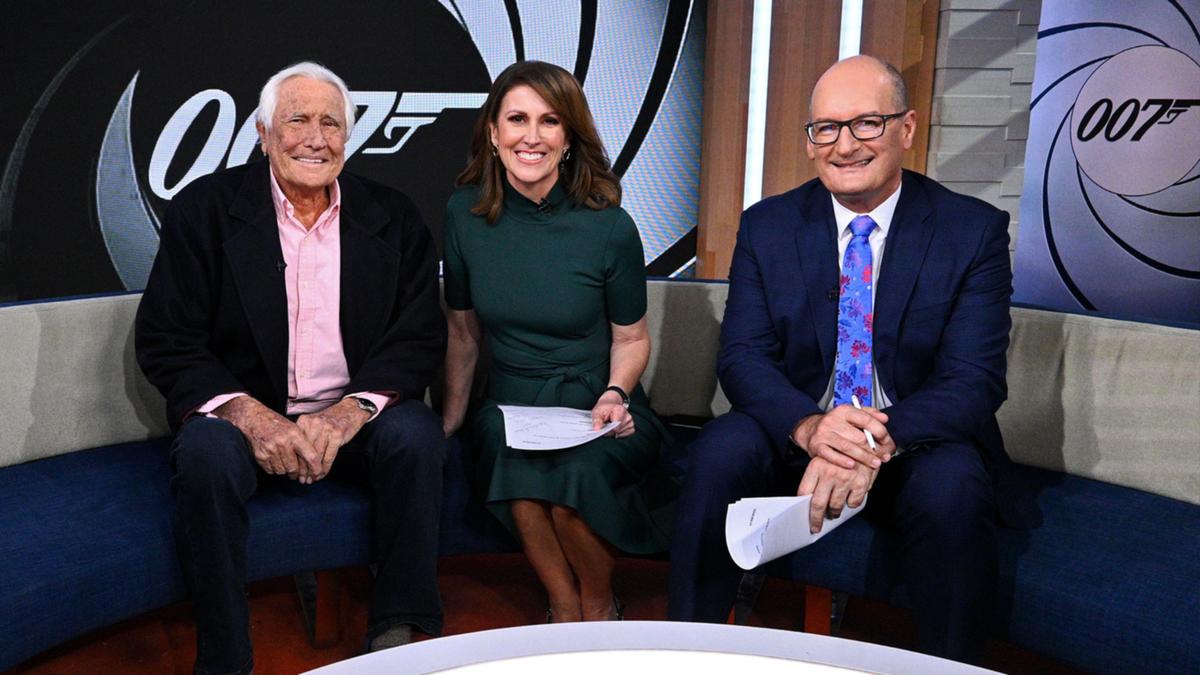 Now he’s touring the country, revealing secret 007 stories on stage, along with a concert performance featuring all the famous songs from the James Bond movies.

WATCH THE VIDEO ABOVE: George Lazenby’s full interview on Sunrise

Appearing on Sunrise to talk about the tour, Lazenby made a shock admission about nabbing the role of Bond to Natalie Barr and David Koch.

“I started off with a friend of mine who wanted to be an actor and he had a date with a casting director, and he said ‘you’ve got to help me out, my girlfriend has come back into town’,” Lazenby said.

“I went to meet the casting director, Maggie Abbott, who was the biggest agent in London at the time.

“Then we went home, I won’t tell you what we did, but you can guess, and she was quite impressed.”

“She had a casting couch?” Koch asked, stunned.

Working as a model at the time, Lazenby said he had no intention of becoming an actor until Abbott tracked him down again.

Lazenby also admitted to turning down big money to continue on as Bond after his manager convinced him to follow Clint Eastwood’s path into westerns.

The Music of James Bond with George Lazenby

Lazenby is set to tour Australia performing songs made famous by the Bond franchise throughout September.

He’ll be joined by SAS Australia contestant and Australia’s Got Talent winner Bonnie Anderson, and The Voice Australia’s Luke Kennedy.

Denial of responsibility! Verve Times is an automatic aggregator of the all world’s media. In each content, the hyperlink to the primary source is specified. All trademarks belong to their rightful owners, all materials to their authors. If you are the owner of the content and do not want us to publish your materials, please contact us by email – [email protected]. The content will be deleted within 24 hours.
EntertainmentMoviesOn The ShowSunrise
0
Share FacebookTwitterGoogle+ReddItWhatsAppPinterestEmail

U.S. to move COVID-19 vaccines, treatments to private market by 2023 once supply runs out – National

24 Hours of Choreo and Chilling With Twice

Eight years after Jenna was bitten by a redback spider, she…