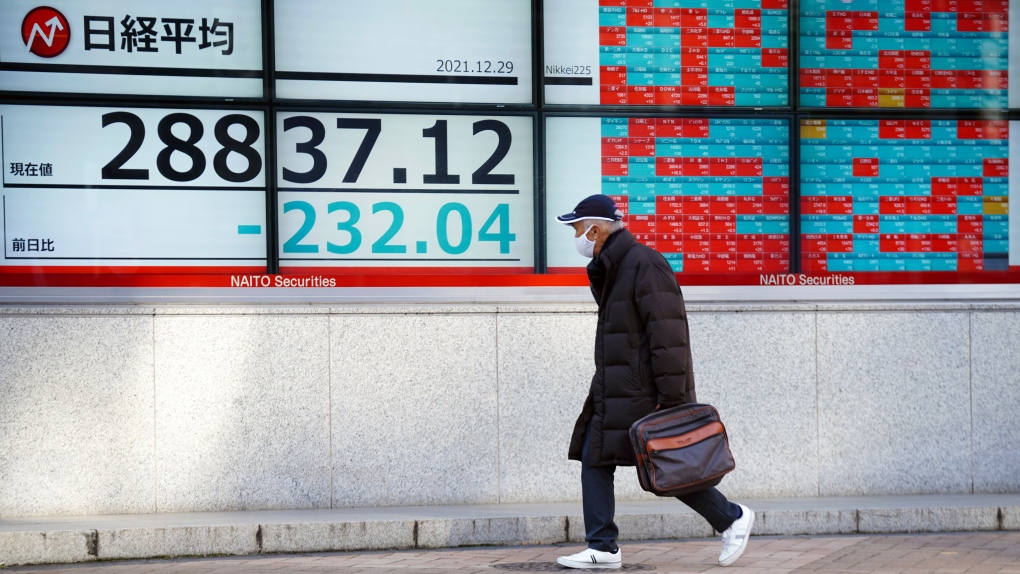 
Shares were mixed Monday in Asia after Wall Street logged its worst week since the pandemic began in 2020.


Benchmarks declined in Hong Kong, Seoul and Sydney but rose in Tokyo. Shanghai was little changed. U.S. futures were higher.


Investors have been growing increasingly worried about how aggressively the Federal Reserve, which holds a policy meeting this week, might act to cool rising inflation.


Historically low interest rates, dubbed quantitative easing, or QE, have helped support the broader market as the economy absorbed a sharp hit from the pandemic in 2020 and then recovered over the last two years.


“The FOMC (Fed) meeting dominates the macro calendar this week and is likely to keep risk sentiment on the hesitant side with an end to QE and imminent rates hikes likely to be announced,” economists Nicholas Mapa and Robert Carnell of ING said in a commentary.


Rising costs also have raised concerns that consumers will start to ease spending because of the persistent pressure on their wallets. At the same time, outbreaks of the omicron variant of the coronavirus threaten to slow recoveries from the crisis.


The tech-heavy Nasdaq composite index dipped 2.7% to 13,768.92. It has fallen for four straight weeks and is now more than 10% below its most recent high, putting it in what Wall Street considers a market correction.


Peloton rose 11.7% after the maker of exercise bikes and treadmills said fiscal second-quarter revenue would meet previous estimates. The stock tanked a day earlier after CNBC reported Peloton was temporarily halting production of exercise equipment to stem a decline in sales.


Technology and communications stocks were among the biggest drags on the market Friday. Streaming video service Netflix plunged 21.8% after it delivered another quarter of disappointing subscriber growth. Disney, which has also been trying to grow its subscriber base for its streaming service, fell 6.9%.


Treasury yields have fallen as investors turn toward safer investments. The yield on the 10-year Treasury was steady Monday at 1.77%.


The Fed’s benchmark short-term interest rate is currently in a range of 0% to 0.25%. Investors now see a nearly 70% chance that the Fed will raise the rate by at least one percentage point by the end of the year, according to CME Group’s Fed Watch tool.


In other trading, U.S. benchmark crude oil gained 55 cents to US$85.69 per barrel in electronic trading on the New York Mercantile Exchange. It gave up 41 cents to $85.14 per barrel on Friday.


Brent crude, the basis for pricing international oils, added 59 cents to $88.48 per barrel.

Solana price: Down 67% from high! Are golden days of this ‘Ethereum Killer’ over?

Everything To Know – Hollywood Life