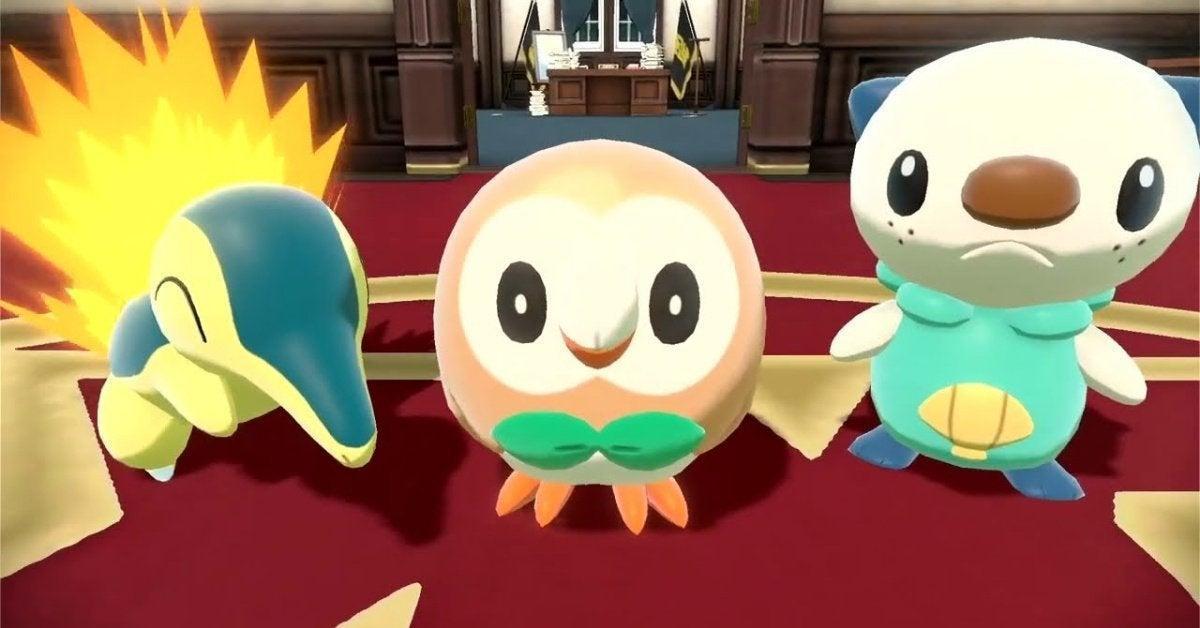 Arceus Gets First Update Ahead of Launch

The release of Pokemon Legends: Arceus is just around the corner, and Nintendo has already dropped the game’s first update. As such, Version 1.0.1 will be available to download as soon as players start up the game on Friday. As is to be expected from a pre-launch update, this one is on the minor side, simply fixing some issues before the game becomes available to the public. Unfortunately, Nintendo has not gone into specific detail regarding what issues have been fixed. However, the full patch notes from the company’s official website can be found below:

Fixed some problems for a better gaming experience.

Pokemon Legends: Arceus just might be one of the most highly-anticipated games the series has ever seen! The game takes place in the distant past of the Pokemon world, so players can expect to see a number of changes to the traditional formula. Game Freak has evolved the series in a number of ways over the last 26 years, but Legends: Arceus promises a number of major deviations. Most notably, the game provides players with more open locations to pursue Pokemon (though not quite a fully open-world), and Pokemon battles now take place in the overworld. Pokemon can even attack trainers!

It remains to be seen how Pokemon fans will take to these changes, or if they’ll mark a permanent change for the series moving forward. However, reviews for the game have been stellar across the board, thus far. Notably, ComicBook.com’s Christian Hoffer gave the game a five out of five score, calling it “the strongest Pokemon game made in recent memory.” Readers interested in checking out that review, as well as all the rest of our coverage of the game, can do so right here.

Fans that plan on waiting to see how the game stacks up for themselves don’t have to wait much longer, as Pokemon Legends: Arceus is set to release exclusively on Nintendo Switch on January 28th.

Are you getting excited for Pokemon Legends: Arceus? Have the reviews got you more excited for the game? Let us know in the comments or share your thoughts directly on Twitter at @Marcdachamp to talk all things gaming!

Denial of responsibility! Verve Times is an automatic aggregator of the all world’s media. In each content, the hyperlink to the primary source is specified. All trademarks belong to their rightful owners, all materials to their authors. If you are the owner of the content and do not want us to publish your materials, please contact us by email – [email protected]. The content will be deleted within 24 hours.
legends arceuslegends of arceusNintendoNintendo Switchpatch notesPokemonPokemon Legends: Arceusupdate
0
Share FacebookTwitterGoogle+ReddItWhatsAppPinterestEmail