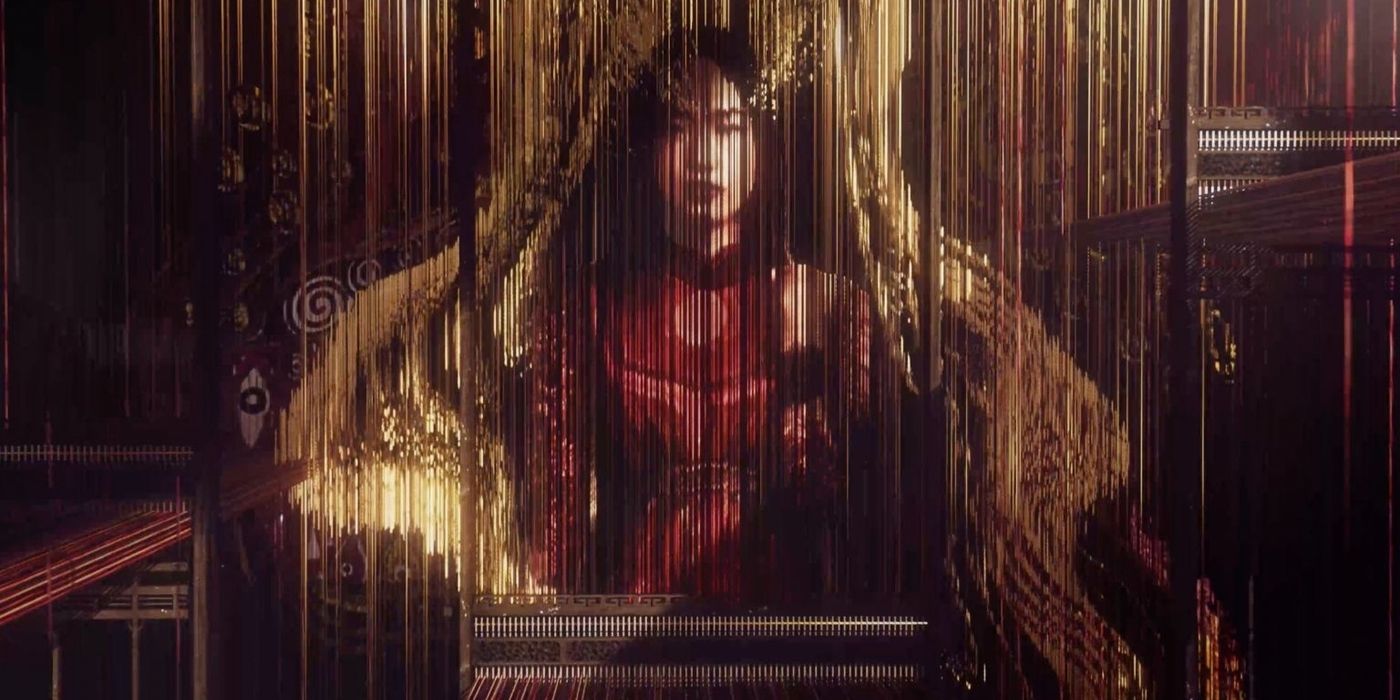 Animation Studio Unravels the Tapestry in the Intro

The graphic design studio behind The Wheel of Time’s intro sequence explains how the animated tapestry of seven Aes Sedai hints at the show’s themes.

The opening title sequence for Prime Video’s The Wheel of Time is a fascinating representation of a tapestry being woven, and the studio behind it has some insight on why these images were chosen and how they symbolize the themes of the fantasy series.

An analysis of the intro comes from Imaginary Forces, beginning with the explanation, “In a world where having hope gets you far but magic gets you further, our title sequence sets the tone for the enduring fantasy saga.” The site goes on to break down each element of the hyper-realistic animation that plays at the beginning of each episode.

Because the philosophy behind The Wheel of Time depends heavily on metaphors of weaving, the tapestry is an appropriate way to introduce the show. The titular Wheel spins the “Pattern of the Ages,” and characters who can channel the One Power are said to use different “weaves” to cast their spells. The imagery persists throughout the series, with a common refrain being, “The Wheel weaves as the Wheel wills,” and various references to the threads that make up the Pattern.

Imaginary Forces writes about incorporating these ideas, saying, “When showrunner Rafe Judkins asked us to design a main title that would introduce the fantasy series to the screen, we embraced the idea of weaving themes of magic and matriarchy into the opening. Starting with the breaking of the world, a single strand of horizon snaps, bursting into an array of jewel-toned threads as they layer into a loom of cosmic scale. Within our concept of a vast tapestry, power is channeled and patterns emerge.”

RELATED: The Wheel of Time: A Traveling Entertainer Pulls Back the Curtain on the Show’s Lore

The sequence varies between close-up shots of the loom and different aspects of the weaving process, but gradually the images that it’s creating are individually resolved. At the end, it zooms out to show the completed tapestry, with the figures of seven women of varied physical appearances and costume arranged in a circle. These aren’t the main characters of the show, but rather represent the seven sects of the Aes Sedai, called Ajahs. Finally, the entire tapestry dissolves in a burst of light and the show’s logo comes up.

“The seven Ajah colors of the female Aes Sedai entwine before the image unravels to reveal our reimagined logo: an endless serpent spiral,” Imaginary Forces concludes. “And so ‘The wheel weaves as the wheel wills…’, all to begin the cycle again.”

The Wheel of Time Season 1 is currently streaming on Prime Video, with new episodes airing every Friday.

KEEP READING: The Wheel of Time Carefully Foreshadows a Handful of Key Events

Which Marvel Superheroes Were Ronin Besides Hawkeye – and Who was the Best?

Mira Jacobs was bitten by a radioactive Oxford comma which transformed her into a writer and junior news editor for CBR. She lives in Colorado with a man and a dog and a cat and a bird and a miniature void with eyes.
You can drop her a note at mira.j@cbr.com or find her on Twitter.

Modeling how cells choose their fates