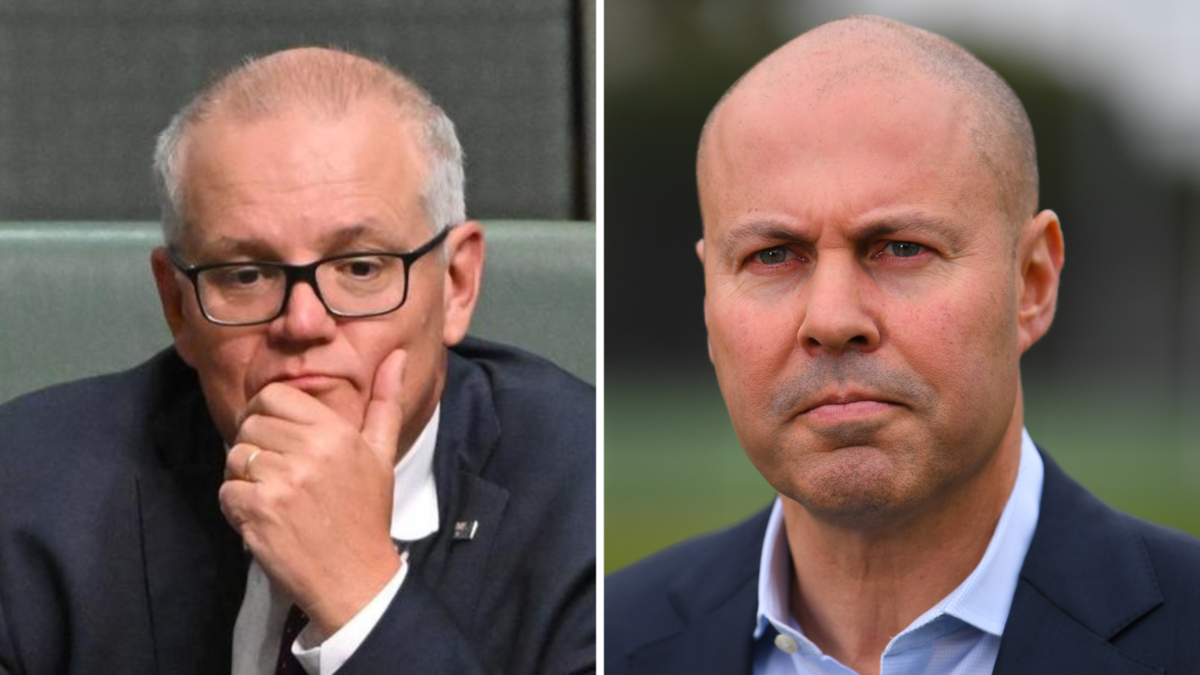 Ex-Coalition treasurer Josh Frydenberg has unloaded on his former leader, ahead of the release of a report into how and why Scott Morrison secretly took on multiple ministries when he was prime minister.

During the COVID-19 pandemic, Morrison appointed himself minister of the departments of health, finance, industry, science, energy and resources, treasury and home affairs, without the knowledge of the appointed ministers.

“I don’t think there was any reason for Scott to take on the additional Treasury portfolio,” he told Savva, according to an extract from her upcoming book on the Morrison regime published on Friday.

“The fact he did take it, and it was not made transparent to me and others, was wrong and profoundly disappointing.

“It was extreme overreach.”

Former High Court judge Virginia Bell was asked by Labor Prime Minister Anthony Albanese on August 26 to inquire into the portfolios issue, after the solicitor-general found Morrison’s action had “fundamentally undermined” the principles of responsible government.

Albanese asked for the inquiry to explore how and why the action was taken and who knew about it.

The solicitor-general found it was “impossible for the parliament to hold ministers to account for the administration of departments if it does not know which ministers are responsible for which departments”.

Morrison appointed himself to administer the departments of health; finance; industry, science, energy and resources; treasury; and home affairs.

Bell was also asked to look at the implications arising from the appointments for the functioning of departments and for accountability and public confidence in government.

She will make recommendations to the government on any changes which could provide greater transparency and accountability.

The government has pledged to start work on implementing any recommendations as early as next week.

Abbott described it as “highly unconventional, highly unorthodox” and said it “shouldn’t have happened”.

Morrison updated his parliamentary biography earlier in November to include the ministries.

The health and finance portfolio roles began in March 2020, while he started as industry minister in April 2021, and home affairs and treasury in May 2021.

He justified the action by saying the only time he used his extra powers was in vetoing the PEP11 resource exploration project off the NSW coast.

Morrison intended the powers to be used only in extreme circumstances “due to incapacity or in the national interest”.

They had not been made public because there was no consistent process for publication, he said, but in any case, the authorities were legally valid.

“I can only state that I took the decisions I did as prime minister with the best of intentions to do all I could to protect Australia in the face of multiple crises,” he said in a statement in August.

Nearly one million Australians facing a $13,000 fine from the ATO by next week

Denial of responsibility! Verve Times is an automatic aggregator of the all world’s media. In each content, the hyperlink to the primary source is specified. All trademarks belong to their rightful owners, all materials to their authors. If you are the owner of the content and do not want us to publish your materials, please contact us by email – [email protected]. The content will be deleted within 24 hours.
Law and orderPolitics
0
Share FacebookTwitterGoogle+ReddItWhatsAppPinterestEmail