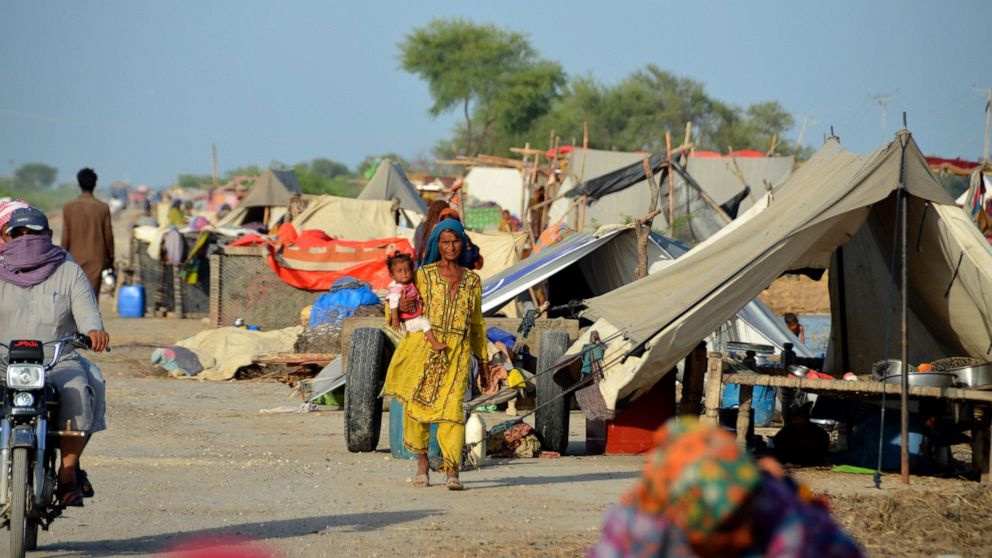 ISLAMABAD — Hollywood actress and U.N. humanitarian Angelina Jolie made a surprise visit to one of the worst flood-hit areas in southern Pakistan on Tuesday, officials said, as the death toll from months-long deluges rose to 1,559.

TV footage showed Jolie arriving at an airport in Karachi, the capital of southern Sindh province, where floods since mid-June have killed 692 people, damaged hundreds of thousands of homes and left half a million people homeless.

Later, she visited some of the flood-affected areas, according to local media.

According to the IRC, a prominent international aid group, Jolie is visiting Pakistan to support communities affected by the devastating floods.

There was no comment from the government about Jolie’s visit to Dadu, one of the worst-hit districts where waterborne diseases have also caused nearly 300 deaths since July. Currently, doctors are trying to contain the outbreak of waterborne diseases among flood survivors.

The visit comes as Pakistan’s Prime Minister Shahbaz Sharif is in New York for the 77th session of the U.N. General Assembly. In his speech, Sharif will highlight the damages caused by climate-change induced floods in the impoverished country.

Pakistan says the floods have caused $30 billion in damages to the country’s economy.

Denial of responsibility! Verve Times is an automatic aggregator of the all world’s media. In each content, the hyperlink to the primary source is specified. All trademarks belong to their rightful owners, all materials to their authors. If you are the owner of the content and do not want us to publish your materials, please contact us by email – [email protected]. The content will be deleted within 24 hours.
Accidents and disastersangelina jolieArts and entertainmentAsiaFloodsGeneral newsGovernment and politicsHomelessness
0
Share FacebookTwitterGoogle+ReddItWhatsAppPinterestEmail

What Do You Keep in Your Car at All Times?

Traveller’s amusing rant after being charged $24 for coffee…