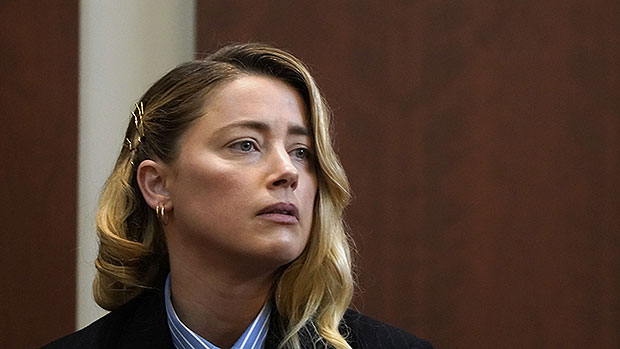 Amber Heard still has a few things to say about her ex-husband Johnny Depp. The Aquaman bombshell, 36, announced her decision Friday to pursue an appeal in the verdict that declared she defamed Johnny Depp. “As stated in yesterday’s congressional hearings, you don’t ask for a pardon if you are innocent,” a spokesperson for Heard said, per The Los Angeles Times. “And you don’t decline to appeal if you know you are right.”

The news comes after lawyers for Johnny, 59, and Amber failed to come to a settlement before the final judgement was entered. The announcement didn’t come as much of a surprise — Amber’s spokesperson said as early as June 2 that she already planned to appeal the guilty verdict against her. Her lawyer, Elaine Charlson Bredehoft, admitted that the actress can’t pay the $10 million penalty imposed on her for writing a 2018 op-ed piece in The Washington Post that Johnny claims strongly insinuated he abused her.

Meanwhile, Amber sat down with Savannah Guthrie for a two-part Dateline interview that concluded June 17. In it, she dropped bombshells including the fact that she still loves her ex-husband, and handed over “years” worth of therapist’s notes that she says prove physical abuse.

“There’s a binder worth of years of notes dating back to 2011 from the very beginning of my relationship that were taken by my doctor, who I was reporting the abuse to,” Heard told Savannah. She also said she hopes to continue moving forward, despite the fact that Johnny sued her even after his devastating 2020 loss against The Sun in a UK court. “Taking all the evidence together, I accept that she was the victim of sustained and multiple assaults by Mr Depp in Australia,” said Mr Justice Nicol, who presided over that case.

“I look forward to living my life and I have a long one, I hope, in front of me,” Amber told Dateline. “And I will continue to walk through this with my chin up.” The actress is also reportedly weighing the possibility of writing a book about the relationship.

Mason Thames: 5 Things About The 14-Year-Old Breakout Star Of ‘The Black Phone’