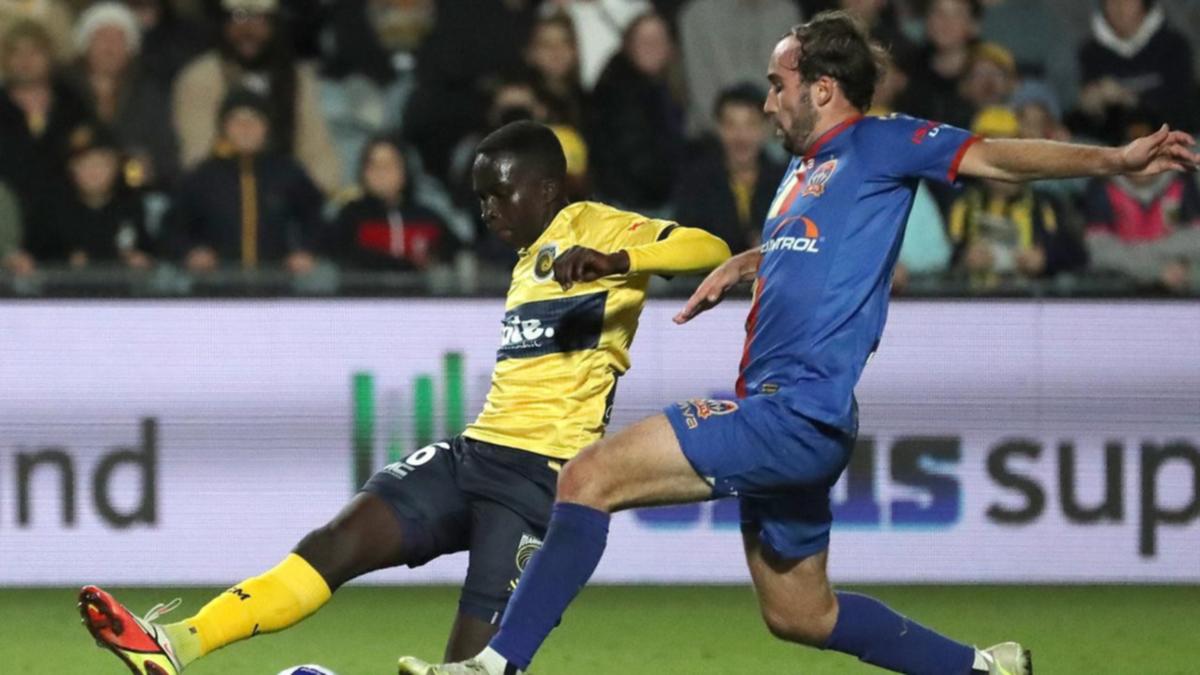 Teen sensations Garang Kuol and Nestory Irankunda are among the talented young Australians who will get to show their wares against Barcelona after being named in the A-League Men All Stars squad.

Kuol, the 17-year-old brother of former Mariners star Alou Kuol, has scored four goals for Central Coast and has consistently provided spark and class off the bench, while 23-year-old Piscopo was Wellington’s main creative outlet.

Adelaide’s Irankunda, 16, has impressed with his ability to score brilliant goals late in cameo appearances.

“We want to show the world how much young talent we have in the A-Leagues, and both Garang and Reno have produced some extraordinary moments this season,” O’Rourke said.

“It’s important that as well as some of our decorated, experienced stars, we put the next generation in the spotlight – and to earn their places, both have shown fans what they can do this year.

“Last year we saw Alou Kuol take the A-League by storm, and now his brother is threatening to do the same, while Reno Piscopo is an Olyroo with great vision and ability.”

Socceroos aspirant Jason Cummings, who starred at Central Coast, has also been included.

Up to seven players will be unavailable due to the upcoming ALM grand final depending on who qualifies out of Melbourne City, Adelaide, Melbourne Victory and Western United.

Of the 30-man squad, 13 players were fan-voted, 15 were selected by coach Dwight Yorke and his Australian-based coaching panel and Piscopo and Kuol were picked by O’Rourke.

Denial of responsibility! Verve Times is an automatic aggregator of the all world’s media. In each content, the hyperlink to the primary source is specified. All trademarks belong to their rightful owners, all materials to their authors. If you are the owner of the content and do not want us to publish your materials, please contact us by email – [email protected]. The content will be deleted within 24 hours.
Soccersport
0
Share FacebookTwitterGoogle+ReddItWhatsAppPinterestEmail

What does monkeypox look like? Graphic skin changes to watch out for – images

How To Care for Your Elder Loved Ones