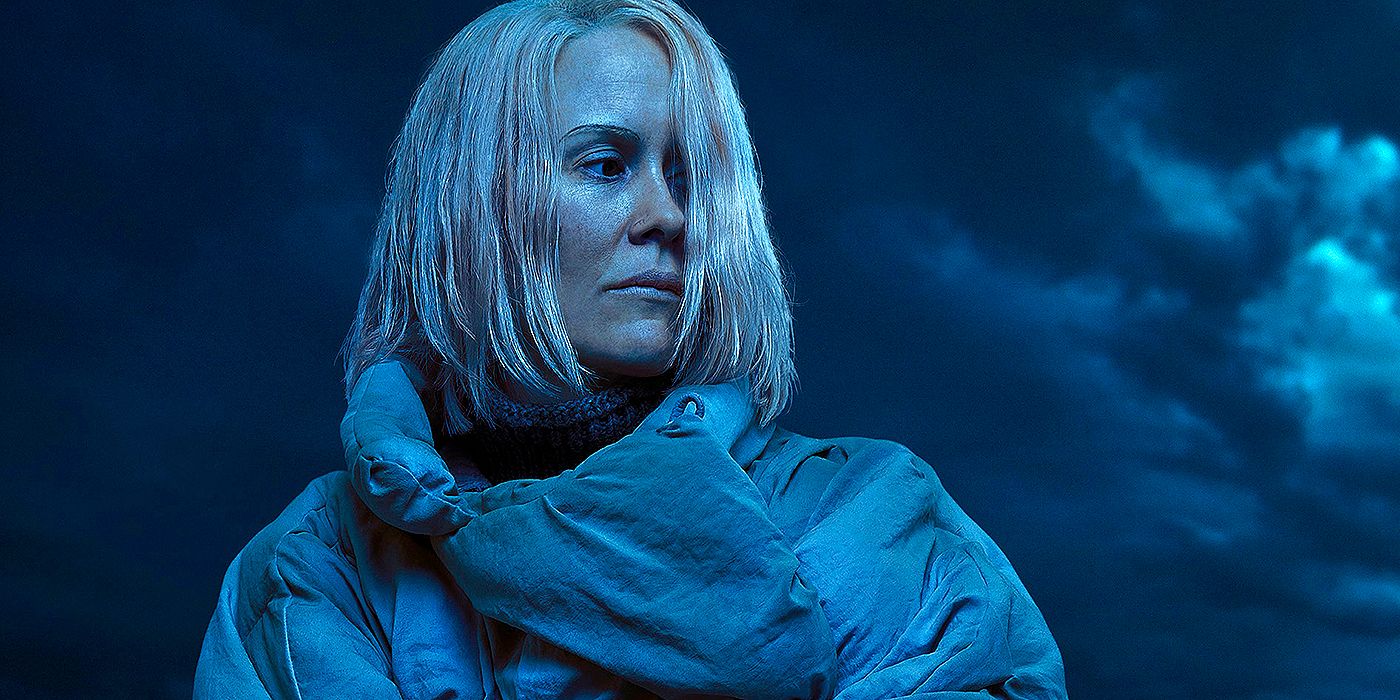 Past seasons of American Horror Story have featured only a handful of genuine heroes. Double Feature seems to be reducing that number down to one.

American Horror Story isn’t a show about heroes. Its characters are either monsters, victims or survivors. Victory comes from sticking to basic principles and ensuring that the wicked are punished, which never comes in quite the form either the characters or the audience expect. Its morality play underpinnings demand such gestures, and the show thrives by knowing how to combine it with its bloodshed and scares.

Heroes are in even shorter supply this season, where the sinister world of black “Muse” pills is vicious and unrelenting. Even the girl Alma has morphed into a proper monster, with her own mother as her most terrifying victim. And yet one figure has risen above it, for no other reason than it’s the right thing to do. Karen, AKA “TB Karen,” might be the only figure in the first half of the season who manages to do some good.

She first appeared in the season opener – Season 10, Episode 1, “Cape Fear” – as an apparently random street person, seemingly suffering from mental afflictions and likely drug addiction. Series regular Sarah Paulson absolutely vanishes beneath the make-up and were it not for her name on the credits, the character could easily be mistaken for just a spooky bit of color. As it turns out, her story is heartbreaking.

A talented painter, Karen never had a chance to see her talent flourish, and wherever she may have started from – American Horror Story has kept her background mysterious thus far – she has fallen about as far as she possibly can. She’s also in thrall to Belle Noir, who controls her with threats, and periodically sends her out on monstrous assignments. That includes abducting babies for Belle to eat, a horrifying task that Karen can barely bring herself to do. Only mortal terror of Belle’s torments pushes her forward, and as the town “crazy lady,” no one will listen to her complaints. She is utterly alone.

Yet despite all of that, she resists the temptation of the pill to the bitter end. Even though it would solve all of her problems in an instant, she refuses. She’s forced to commit awful deeds out of active fear for her life, but she herself never kills. “Gaslight” brings her to a crisis point when Belle orders her to bring her the Gardners’ new baby, and she decides that she can’t. She only takes the pill to save herself from an attack from the Pales, and even then it’s a life-or-death situation.

After she turns, she puts an end to it. First she kills Mickey when he prepares a victim for the two of them, then slits her own wrists before wading out into the tide. It’s a potent image, but it also reinforces her absolute moral code. She would rather take her own life than the life of another, and in killing both Mickey and herself, she makes sure of it.

Karma has a way of avenging victims on American Horror Story and next week’s midseason finale looks to be no exception. The character’s tormentors have more than a few sins to atone for, and the significance of her sacrifice may yet be revealed. But even if there is no greater significance than that, she’s already done a hero’s work. In a world as awful as the one onscreen, principles matter. Karen held onto hers at the cost of her own life, and likely saved more than a few people in the bargain.

A native Californian, Rob Vaux has been a critic and entertainment writer for over 20 years, including work for Collider, Mania.com, the Sci-Fi Movie Page, and Rotten Tomatoes. He lives in the Los Angeles area, roots for the Angels, and is old enough to remember when Splinter of the Mind’s Eye was a big deal.

What 1990s Indie Comics Classic Had Original Stories Told Only in Germany?

Nintendo Switch, PS4, and Xbox One Players Surprised With…