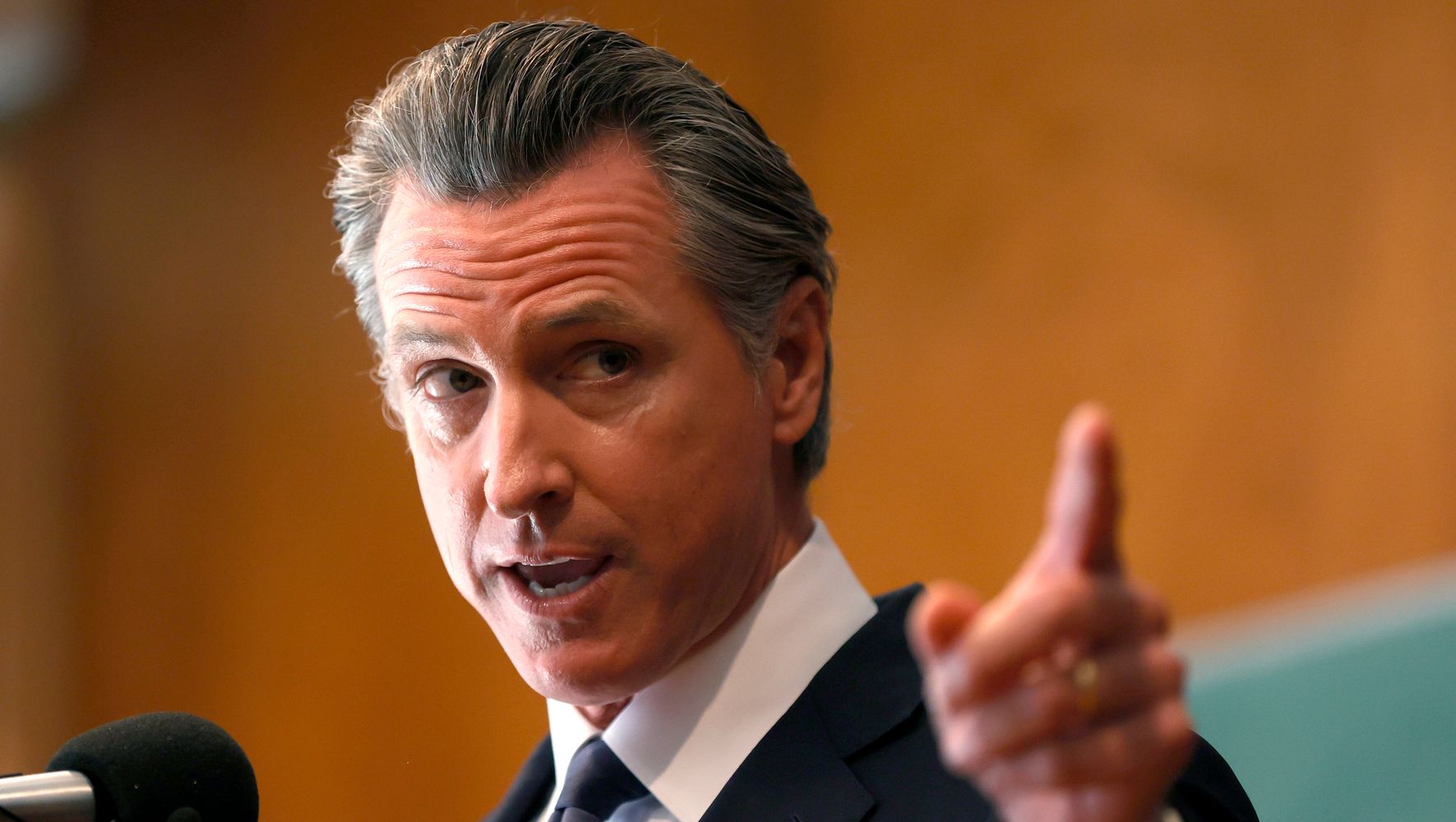 5 Takeaways From The California Recall Election

California Gov. Gavin Newsom (D) crushed a Republican-led recall effort on Tuesday evening. The results came in surprisingly quick, with most cable networks and The Associated Press projecting that the recall had fallen far short of the necessary 51% of the vote needed to boot the Democratic governor out of office a year early.

Despite early claims of voter fraud from his campaign and other prominent voices on the right, conservative radio host Larry Elder, the GOP front-runner who led the huge field of candidates seeking to replace Newsom, conceded before a crowd of supporters in Los Angeles.

“Let’s be gracious in defeat,” he said, adding, “We may have lost the battle, but we are going to win the war.”

Here are five takeaways from the California gubernatorial recall election:

Newsom put the coronavirus pandemic front and center in the race, warning California voters over and over on the campaign trail that a Republican governor would undo many of his policies when it came to tackling the virus, such as face mask requirements and school vaccine mandates. A far-right candidate like Elder, Newsom warned, would seek to turn the state into Republican strongholds such as Texas or Florida, where COVID-19 cases are spiking and hospitals are overcrowded with patients struggling to find ICU beds.

Newsom isn’t alone when it comes to leaning in more aggressively in the fight against COVID-19. President Joe Biden, who held a campaign event for Newsom on election eve, is similarly betting that requiring people to either get a vaccine or test regularly will not only bring a faster end to the pandemic, but also prove popular with voters across the country. According to recent surveys, a majority of Americans — including suburban voters — support vaccine mandates for federal workers as well as private companies, which Biden announced last week.

‘Trumpism is not dead’

“We may have defeated Trump, but Trumpism is not dead in this country,” Newsom warned in his victory speech on Tuesday, referring to former President Donald Trump, who falsely claimed the election was “rigged” weeks before it even ended.

Democrats cast Elder, a far-right candidate with a litany of extreme views, as the second coming of Trump. The strategy worked effectively in a blue stronghold where registered Democratic voters outnumber registered Republican voters by a 3-1 margin.

Although voters resoundingly rejected the recall, Elder outperformed on the second ballot question, which asked voters who should replace Newsom. He picked up nearly 50% of the vote, with more ballots yet to be counted. More establishment GOP candidates trailed far behind Elder. Former San Diego Mayor Kevin Faulconer, for example, was the second Republican in the race behind Elder with less than 10% of the vote.

The results continue a trend seen nationally: Trump-like candidates who mimic his rhetoric gain more traction in the Republican Party than more traditional voices in the GOP. In Senate races across the country, for instance, Trump acolytes are gaining support, including author J.D. Vance in Ohio, former football player Herschel Walker in Georgia, and Rep. Mo Brooks in Alabama.

One big reason Newsom may still have a job is the fact that no other major credible Democratic candidate entered the race. Despite a lot of hand-wringing from Democrats and some in the media, Newsom’s campaign settled on an early strategy: oppose the recall flat-out and leave Question 2 blank. Critics of the strategy feared that urging voters who opposed the recall not to choose a preferred candidate to replace Newsom could lead a far-right candidate, such as Elder, to be elected. But it paid off handsomely for Newsom.

Democrat Kevin Paffrath, a real estate broker and YouTube personality, came in second on Tuesday behind Elder with nearly 10% of the vote. Had someone more well-known jumped in, Newsom might have faced more difficulty.

In 2003, when then-Democratic Lt. Gov. Cruz Bustamante decided to run as a candidate in the recall election of then-Gov. Gray Davis (D), Davis had trouble tagging the recall effort as a partisan attempt to oust him. Newsom, however, successfully depicted this year’s recall effort as a GOP escapade that began even before the COVID-19 pandemic.

The recall election lasted months, was called by networks within minutes of polls closing, and cost the taxpayers of California more than a whopping $270 million. That accounting is fueling calls for reform to the California recall system, which is enshrined in the state’s constitution.

Even before the election was over, critics were already pointing out that the system is fundamentally undemocratic and needs to change. If Newsom had failed to garner 51% of the vote on the recall question, for example, he would have been ousted. Whoever came in first place out of the field of candidates running to replace him would have become governor even if they’d gotten a plurality of the vote.

All Republicans needed to get to trigger the recall were signatures of 12% of the voters in California. They did so, thanks to a judge’s order that extended the deadline to submit the required amount of signatures ― just 1.5 million out of a total of 40 million residents.

New polling data indicates that reform proponents stand on solid ground for changes to, if not outright abolition of, the recall system.

‘The Big Lie’ is here to stay

Republicans may have lost on Tuesday, but their dangerous strategy of contesting elections with false accusations of fraud isn’t showing any signs of slowing down.

Both Trump and Elder fanned the flames before the results were in on Tuesday, fearmongering about mail-in ballots and “rigged” elections, a continuation of what Trump refers to as “the big lie.” Elder’s campaign also created a website for his base to report alleged voting scams.

Addressing supporters on Tuesday night, Newsom predicted that GOP tactics in California would be emulated in other states, warning that it could lead to disastrous consequences for the country.

“Democracy is not a football. You can’t throw it around. It’s more like an antique vase. You can drop it and smash it into a million little pieces,” he said.

Denial of responsibility! Verve Times is an automatic aggregator of the all world’s media. In each content, the hyperlink to the primary source is specified. All trademarks belong to their rightful owners, all materials to their authors. If you are the owner of the content and do not want us to publish your materials, please contact us by email – [email protected]. The content will be deleted within 24 hours.
CaliforniaGavin NewsomLarry ElderRecall election
0
Share FacebookTwitterGoogle+ReddItWhatsAppPinterestEmail