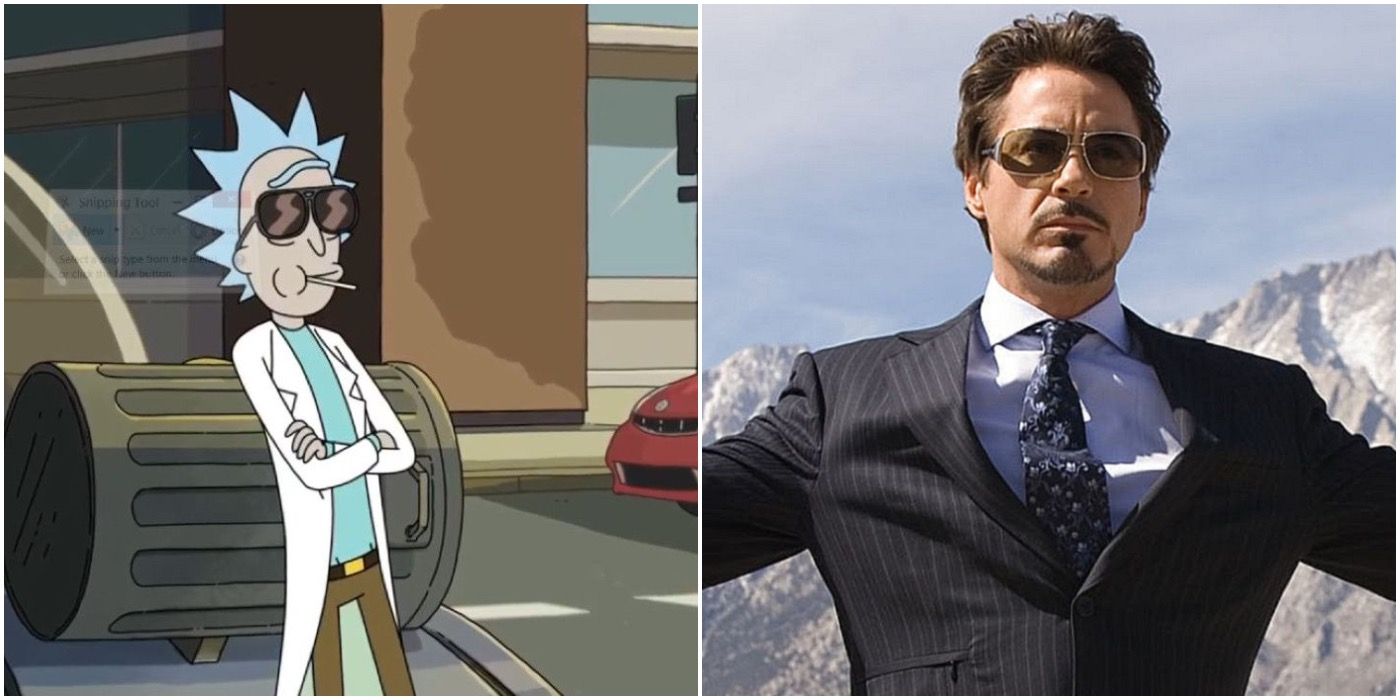 For a comedy character, Rick Sanchez knows his way around a fight. With an array of science-based weapons, Rick is a dangerous combatant for almost any character. Coupled with his nonchalant and nihilistic outlook on life, Rick’s ability to fight until the bitter end is one of his most valuable assets in a brawl.

Fans love to create fictional battle scenarios for the drunken mad scientist by pairing him with characters from other franchises. Begging the question, how would Rick fair against characters from the Marvel Cinematic Universe? Would Rick walk through the occupants of the MCU with little resistance?

10 Could Beat: Rick Would Stomp Ant-Man.

Belying his silly namesake, Ant-Man is a surprisingly formidable opponent for anyone. With the ability to alter his size at will, Ant-Man can easily overwhelm his foes with “size fu.” However, Rick Sanchez would see any attack coming a mile away. Rigging his vision with various technological improvements, Rick would be able to scout a miniaturized Ant-Man with his telescopic sight. Or, if Rick wanted to engage one on one, he could shrink down to Scott Lang’s size, or resize him back, whenever he wanted.

9 Couldn’t Beat: Black Panther Would Be Always Be A Step Ahead Of Rick

Rick’s sole asset in a fight is his command of all things scientific. While that may make him peerless in his reality, Wakandan science in the MCU would put Rick to shame. Vibranium alone would create a massive hurdle for Rick to overcome. Its ability to absorb energy puts Sanchez at a disadvantage. In addition to his scientific mastery, King T’Challa is a vastly superior fighter. If Rick found a way to neutralize the Wakandan science, Black Panther would still turn Rick into easy prey.

8 Could Beat: Rick Would Send Spider-Man Running Back To The Neighborhood

Rick could beat Spider-Man, but there is one massive clarification. Rick could only win against the MCU version of the friendly neighborhood Spider-Man. In the MCU, Peter Parker doesn’t rely on his scientific acumen to best foes; he outsources his intellect to Tony Stark’s inventions. As a result, Peter wouldn’t keep up with Rick’s lighting quick thought process and creations.

Although Spidey’s suit gives him a veritable arsenal of nasty weapons, it’s nothing that Rick hasn’t seen and has already developed countermeasures to combat.

7 Couldn’t Beat: Rick Would Be Shocked By Thor’s Strength

Rick Sanchez has tangled with several absurdly powerful beings regularly. Rick might have even faced a version of Thor in any one of the infinite realities he’s visited. The MCU variant of Thor, however? He might give Rick some trouble. Armed with Asgardian technology- a branch of tech so far advanced that many human beings confuse it for magic- Thor’s hammer would be immune to any of Rick’s trickery. In addition to that, Thor is familiar with fighting tricksters, thanks to Loki being his primary antagonist.

6 Could Beat: Carol Danvers Wouldn’t Marvel Rick Sanchez At All

One of Rick’s skills is to assimilate alien technology quickly. Barring a few alien civilizations, Rick can undermine any foreign system in 22 minutes. Captain Marvel, otherwise known as Carol Danvers, has an unfathomable amount of power due to her suit. Although it’s impossibly powerful, Rick would have a minimal issue with dismantling the Kree technology that governs her suit. Also, Rick could convert Carol’s energy blasts into a power source or redirect it to Captain Marvel herself. Carol would have an issue with Rick.

Unlike the character of Doc Brown from the Back to the Future series, Rick has no command over time. In contrast, traversing the various realities offer Rick no issue. Since WandaVision, Wanda Maximoff has become something of a master of reality in her own right.

RELATED: 1o Shows To Watch If You Like The Big Bang Theory

Tapping into the full extent of her powers has turned Wanda into one of the most powerful Avengers in the MCU. Unlike Rick, Wanda doesn’t need any tech to bend realities to her will. With a wink and a nod, Wanda would make Rick kneel to her power.

4 Could Beat: Captain America Wouldn’t Be Able To Overpower Rick

Captain America is a stellar combatant. Armed with his military experience and Avengers fieldwork, there aren’t too many tricks that Steve Rogers hasn’t seen. However, Captain America has never met Rick Sanchez. Rick would find a way to weaponize Captain America’s optimism and naive nature to his advantage. To further the argument, one character that Steve has famously had difficulty besting was Iron Man. Rick would run circles around Captain America and his mighty vibranium shield if Tony Stark offered Cap trouble in Civil War.

3 Couldn’t Beat: Loki And Rick Would Probably Realize They Are Variants Of Each Other

Loki and Rick are both masters of mischief. In his Disney Plus show Loki, Marvel Studios revealed that the master of mischief has innumerable variants that occupy parallel realities in the multiverse. As any Rick and Morty fan will be aware, the same applies to Rick.

RELATED: 10 TV Villains Who Pretended To Be Heroes

Given Rick and Loki’s nature within their respective universes, it wouldn’t be too much of a stretch to imagine they’re variants of each other. At the very least, both characters would enjoy each other’s company too much to fight.

2 Could Beat: Rick Could Defeat Thanos In A Snap

Thanos is the biggest villain the Avengers have ever faced. Even before he gained possession of the Infinity Gauntlet, Thanos was a force to be reckoned with. Rick, on the other hand, fought the literal Devil and won. Rick is too smart to confront Thanos directly. Using Thanos’ capacity for reason, Rick would present himself as an ally to the Mad Titan. Once Thanos was lulled into a false sense of security, Rick would betray him and use the Infinity Gauntlet to score hallucinogenic crystals.

1 Couldn’t Beat: Tony Stark Would Sink Rick In A Battle Of The Brains


Next
8 Marvel Characters That Thor Always Loses To

Devin Nealy is a writer, artist, and musician residing in New York City. Devin is a life long comic fan, pro wrestling enthusiast, cinephile, and music nerd. As an avid consumer of various forms of media, Devin frequently contributes to a litany of blogs showcasing his passion for the arts. When he isn’t buried under work, Devin can be found in the gym, buried under dumbbells.