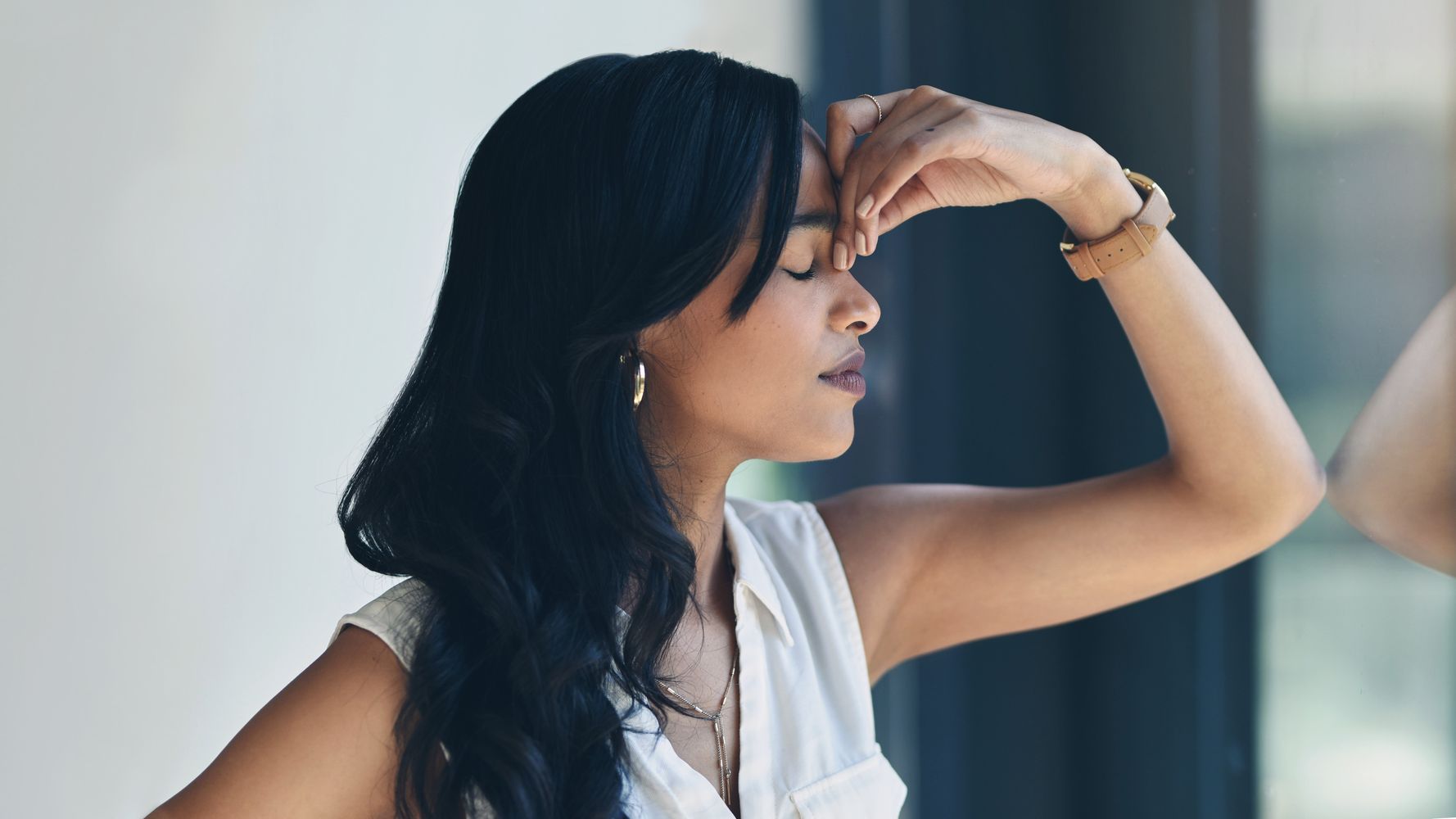 The COVID-19 pandemic hit every aspect of American life, from parenting and child care to leisure and job security. It’s been well over a year since the first lockdowns began, but working in such unprecedented conditions can create stress that adds up and that may even become untenable as the pandemic drags on.

Some long-term effects of all this stress may only be starting to show up now.

“Stress is something that accumulates over time, and when that stress is not resolved, it builds up,” said Cicely Horsham-Brathwaite, a licensed psychologist and executive coach. “We’re now seeing people really feel the impact of the stress over the last year.”

Here’s how this may be showing up in your career right now:

1. You have no motivation left to do your job.

When you reach a breaking point, your mental health suffers, and this can show up as feeling generally overwhelmed at your job and thinking, “Ugh, when is this going to be over?” Horsham-Brathwaite said.

Consequently, feeling that you have too much to deal with during an indefinite pandemic can also lead to being bored and disengaged, she said.

This lack of motivation can lead to being easily distractible, unable to concentrate and feeling “checked out” at your job, said Yesel Yoon, a psychologist who specializes in career transitions and job uncertainty.

What could be causing this disengagement? By this stage of the pandemic, we may be acutely missing the wins that raises or bonuses gave us, or much-needed breaks in the day that commuting or socializing with co-workers gave us, Yoon said.

“We’re social creatures, we’re not robots. We want things to evolve and change, and want to adapt,” she said. “And not having that much in the work space, is what is leading to this malaise … that feeling of ‘Oh, I’m so over this.’”

2. You feel resentful when others act like it’s business as usual.

Resentment can fester when the reality between what you experience differs widely from what your bosses are saying. For many outside the C-suite, the status quo isn’t working. A Microsoft survey released in March found that 61% of business leaders say they’re “thriving” right now, while only 38% of workers without decision-making authority say the same. In fact, nearly 1 in 5 professionals in the survey said their employer doesn’t care about work-life balance, and most said they were overworked.

If people are being asked to do the same level of work without recognition that this is still a stressful time, they can feel resentment, Horsham-Brathwaite said. “What I’m hearing from people is that their employers have gone back to business as usual when it’s not business as usual.”

3. You feel anxiety about returning to the office.

The transition to remote work was disruptive at first, but now that employees have crafted new ways of working, there may be a hesitancy to return to the office, Jessica Methot, an associate professor in Rutgers University’s School of Management and Labor Relations, told HuffPost.

More companies are either planning a return to their office spaces or actively calling workers back to their buildings. This may bring excitement for some, but for others it can prompt a lot of uncertainty and anxiety about what the post-pandemic office will look like, and whether your boss’s version of a safe communal workplace aligns with your own.

Those who are not eager to return to the office may be feeling especially wary when receiving notices for reopening plans and phases, Yoon said. “I’ve definitely heard and felt the anxiety coming up from other people of ‘Oh my gosh, what is that going to look like? How are we even going to all interact?’”

4. You are seriously considering a job switch.

A majority of Americans surveyed by LinkedIn in March said they had put career moves on hold, citing the need to collect a steady paycheck during the pandemic and wanting to wait for a more favorable job market. For some people, the time to make a career change might be now as states announce reopening plans and vaccine availability is becoming less of an issue.

Yoon noted that professionals who initially made the choice to hunker down at their jobs may now be thinking, “‘Maybe I will go back to taking a look at my job application material and really get to work on this, because clearly this isn’t changing and I’m still unhappy,’” she said. ”I think delayed plans have reemerged back to the surface.”

Though restrictions remain in place in parts of the country, many Americans are eating at restaurants and traveling again as the U.S. economy reopens. As a result, professionals “get mixed messages,” Yoon said. “Things are still hard, but then they’re also seeing, ‘Well, the economy is moving a little bit, so there are actually jobs starting to open up’ … I think that has spurred people’s hope.”

5. You view your career totally differently now — especially if you lost your job as a result of the pandemic.

Losing a job was an unfortunately common event last year. One Gallup poll conducted in the second half of 2020 found that over a billion people worldwide lost their jobs or business due to COVID-19.

That may be impacting how you view your career now in unseen ways. When you are laid off or fired, you not only lose a steady source of income, but you can also lose purpose and a sense of security.

People who experience job loss may internalize a risk-adverse mindset as a defense mechanism and think, “You never know what’s going to happen, so you better be happy,” or “I’m lucky for what I get, even if I’m unhappy,” Yoon said.

“If you let those messages go unchecked for too long, it can start to pervade all senses,” Yoon said. “You don’t really ever try to take any risks, you don’t question anymore. … I can imagine [for] this cohort or generation of people who have gone through this, that’ll be a ripple effect going forward. It could potentially make an impact in how they think about change in their career.”

Even if you didn’t experience job loss, you may be feeling uncertain about the future, too. But either way, you shouldn’t let thoughts like “It’s too risky” stop you from considering the career or role you want.

Yoon suggests that if you’re experiencing this sort of risk-adverse mindset about your job, you should ask yourself what exactly is risky about it so that you can begin to figure out what you need to do to reduce the risk. That way, fear is not in the driver’s seat of your career.

Denial of responsibility! Verve Times is an automatic aggregator of the all world’s media. In each content, the hyperlink to the primary source is specified. All trademarks belong to their rightful owners, all materials to their authors. If you are the owner of the content and do not want us to publish your materials, please contact us by email – [email protected]. The content will be deleted within 24 hours.
coronaviruscovid-19Employment and CareerstressWork/Life
0
Share FacebookTwitterGoogle+ReddItWhatsAppPinterestEmail

Five things to watch in Facebook Oversight Board ruling on Trump

The benefits of introducing herbaceous crops among mandarin…