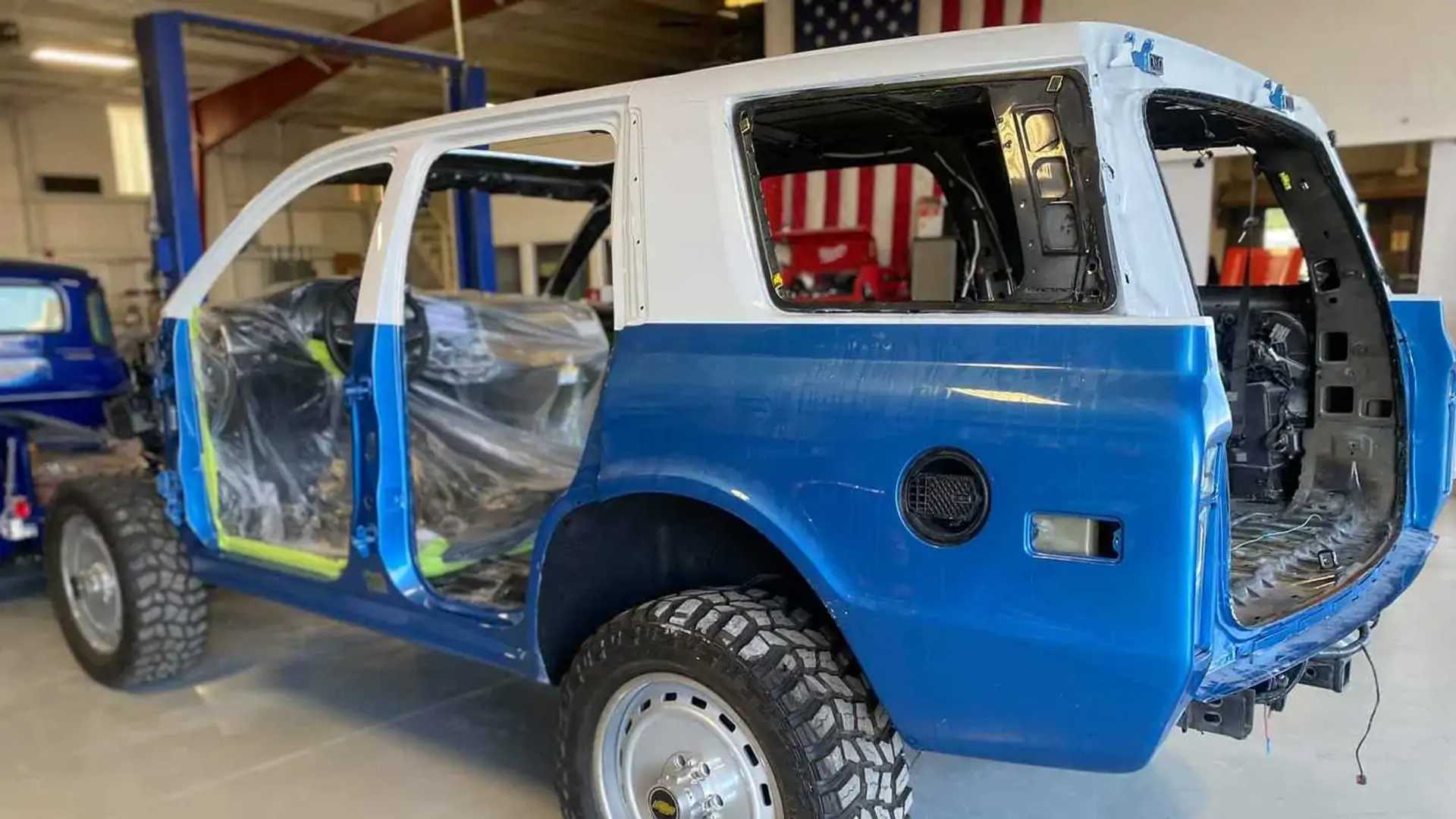 Two-door SUVs are a relic of simpler times when people bought just what they needed in a vehicle and not some Swiss Army knife of endless just-in-case utility. However, there’s still a strong nostalgia for vehicles like that, which is why Flat Out Autos is back with another Chevy K5 Blazer conversion, finally recreating the glorious two-door version. The finished product is set to make its official debut at the SEMA Show in November.

The project is still in its infancy. Photos posted to Flat Out Autos’ Facebook page reveal some work has started, including eliminating the rear passenger doors by shortening the body. The company has no plans to use any of the Chevy Tahoe’s original bodywork in the final product – not even the front doors. If this is like Flat Out’s other K5 Blazer, then it likely rides on the fourth-generation Tahoe platform that was in production from 2015 through 2020.

More Facebook photos show the SUV stripped of most of its interior – the dashboard is still there – with word well underway. The SUV already has some paint – a two-tone white-over-blue scheme that matches the company’s original K5 Blazer prototype creation from 2019. The team has also already tweaked the rear quarter windows to fall more in line with what was on the original K5. The company will chronicle the build throughout the year leading up to the reveal.

Flat Out Autos’ styling may not please everyone’s eyes, but there’s no question about the high-quality craftsmanship behind its projects. The two-door K5 is expected to receive the same round headlights, iconic grille with the crosspiece, and other classic styling elements. The company made the four-door version available to customers for $69,900, with customers on the hook for supplying the donor vehicle. We expect something similar for the two-door Blazer version if Flat Out Autos decides to offer it.

SIMMONS: There’s much more to an NHL GM’s job…